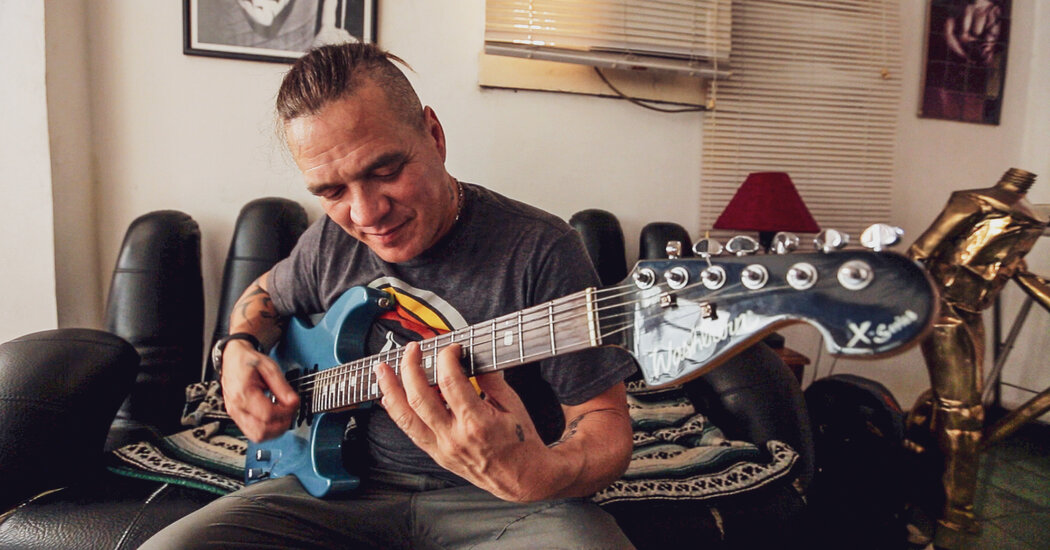 Diani Arce, the lead singer of Cuban heavy metal group Zeus in the 1990s, was jailed for six years. This act of repression raises the stakes in Nicolas Brennan’s horror film “Los Ultimos Frekis” and makes it a more than your average documentary about middle-aged rockers attempting a comeback.

Treated differently, the film could be straight-up satire. Zeus was formed in the 1980s when rockers such as Ars were persecuted as dissidents supporting a capitalist musical form, but today the Cuban Ministry of Culture is an agency of rock that keeps bands on the payroll and Takes them around the island. Brennan is joined by Arce and his bandmates as they beat small crowds across the country (assuming the stage setup isn’t in shambles when they arrive) and rage against the hegemony of corporate reggaeton.

The home sequences with the families of five of the band members are on my soft spot to see their loved ones rocking their pet rockers. Most of these “freaky” (devils) seem to be well-adjusted to take on other jobs to pay the bills. But the film’s permanent hook is the spectacle of a self-proclaimed revolutionary government that cannot withstand the uprising of the rock without bureaucratic oversight.

Produced over several years, Brennan’s film required some fancy footwork to complete as relations between the United States and Cuba continued to develop. There’s definitely pathos for a heavy metal band that once spoke truth to power and now lacks a huge influx of young fans. But there’s also a punchline here: We finally learn that Ars has been appointed director of the Agency of Rock.