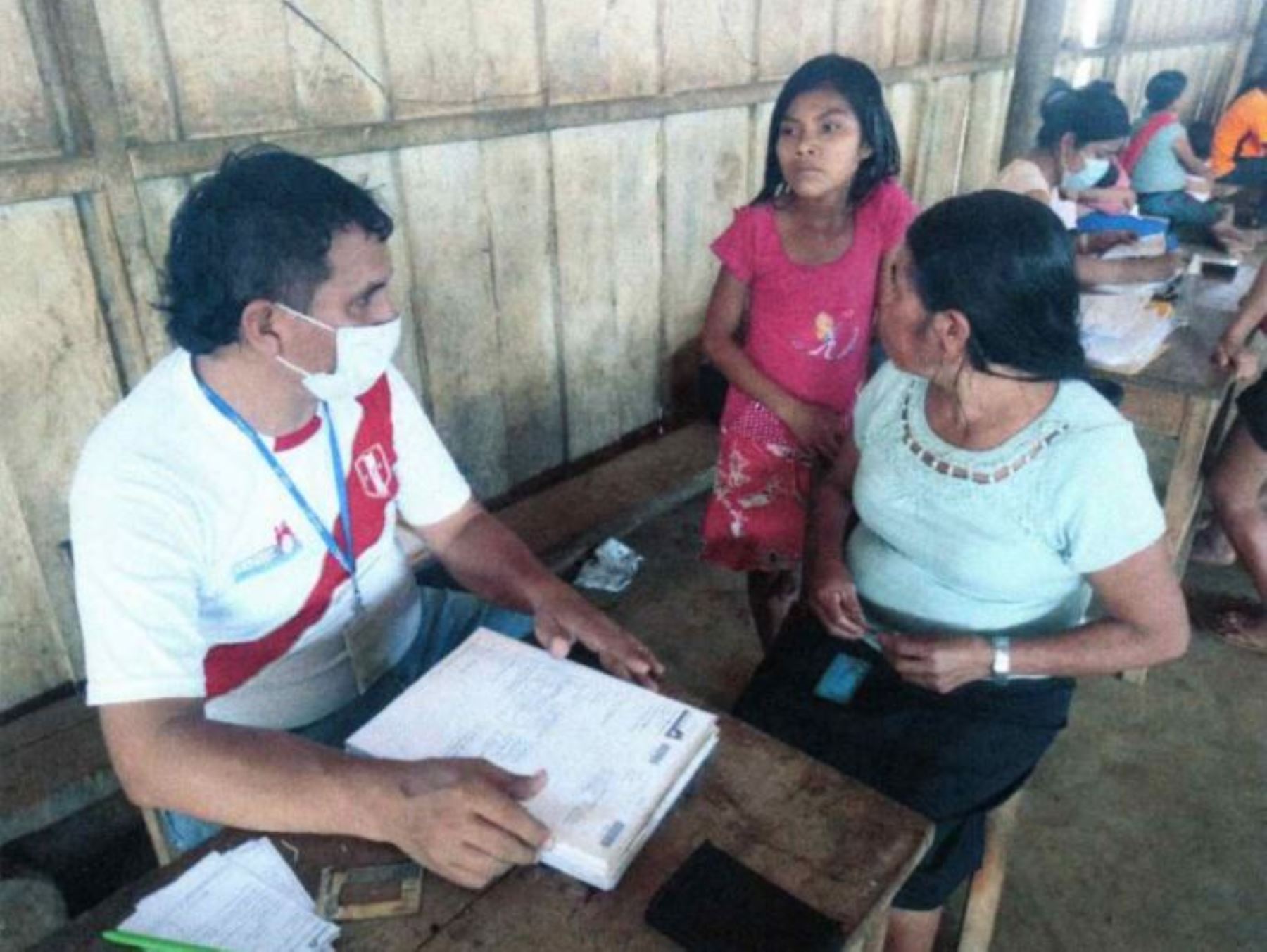 More than 850 people, including minors and adults, from 20 indigenous communities of the Huitoyacu basin, in the Datem Marañón province, Loreto, were registered by Reniec, in coordination with the Municipality of Andoas, the Achuar Federation of Peru. (Fenap), the Huitoyacu-Ocahuit Candozi Organization and the Profonanpe Datem Wetlands Project, Peru’s environmental fund.

For eleven days, Reniec officials registered a total of 681 people (390 minors and 291 adults) and 206 children for the delivery of IDs to register their birth certificates in the communities of Achuar and Kandozi.

With access to their National Identity Document, the citizens of these areas may have the right to vote and, in addition, it will serve them to formalize their respective associations with the State in order to improve the profitability of their activities and, thereby, improve the economy of their communities.

The financing of the campaign was supported by Profonanpe, the environmental fund of Peru, through the Datem Wetlands Project; as an ally of the District Municipality of Andoas, Reniec and local native organizations.

At present, there are still dozens of citizens of the native communities without documents, so the authorities are coordinating a new entrance to the communities to register the residents of four localities, who were unable to go to the care centers installed due to difficulties in river transport.

The Datem del Marañón Wetlands Project seeks to improve the resilience capacities of indigenous communities that live in wetland ecosystems rich in carbon reserves in the aforementioned province of Loreto; as well as improving their livelihoods and reducing greenhouse gas emissions caused by deforestation.

Profonanpe has established itself as the most important environmental fund in Peru. Since its foundation, it has been characterized by being an institution specialized in creating, developing and implementing innovative processes in technical administrative and fund management, and by articulating with all public and private actors that work in favor of the conservation of biodiversity, the mitigation and adaptation of climate change.