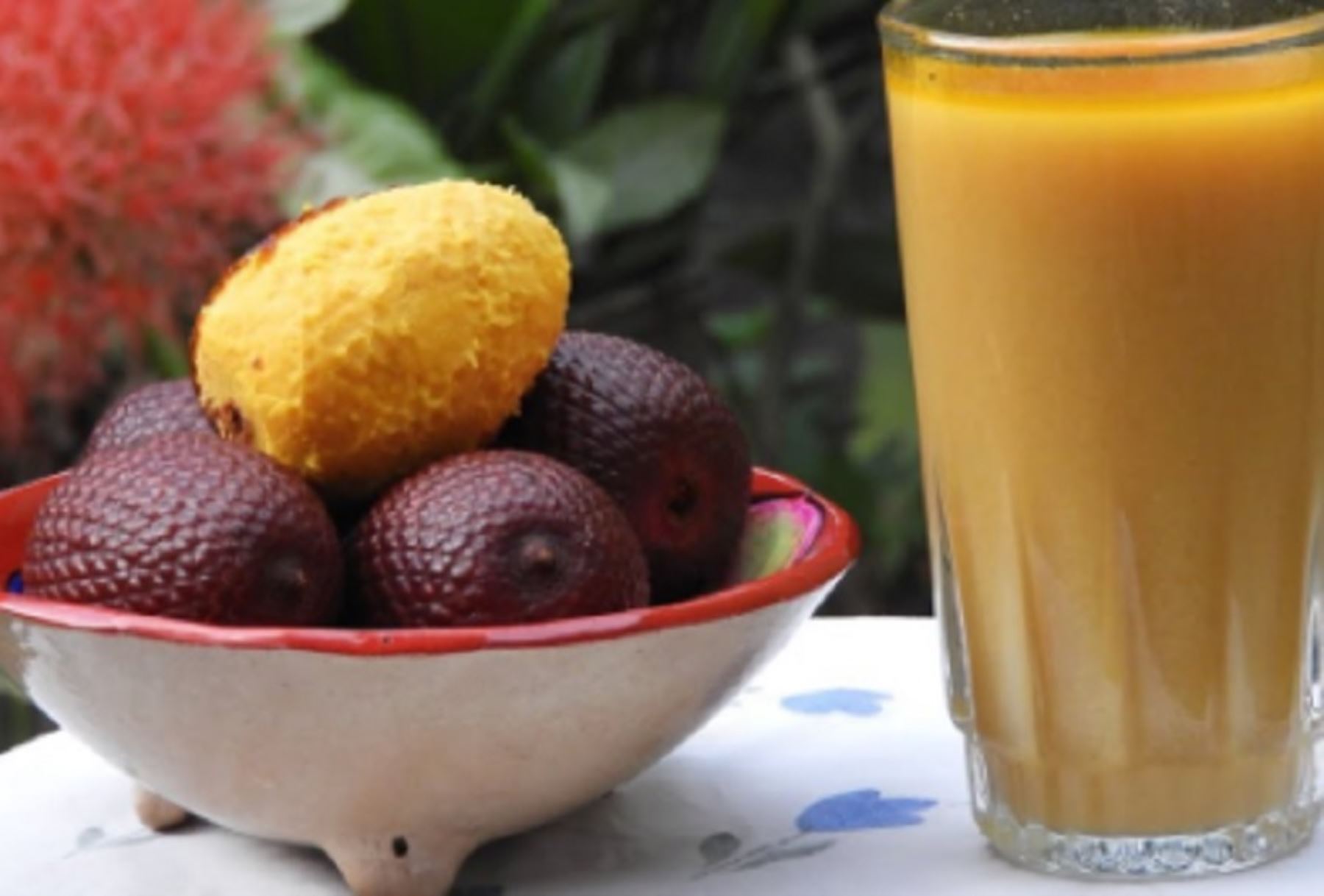 Learn about the nutritional benefits of aguaje, the prodigious Peruvian Amazon fruit | News

Known in our Amazon as the “fruit of the tree of life”, aguaje is an authentic superfood that concentrates vitamins and minerals, in addition to having natural compounds that are of enormous benefit to health by strengthening the immune system and preventing various diseases, including cancer.

The aguaje (Mauritia flexuosa) It is the fruit of a palm tree that grows in flooded areas called aguajal, and stands out for having a high content of vitamin A (beta-carotene), higher even than carrots and spinach. Therefore, it promotes eye health and helps maintain healthy skin.

East amazon superfood also contains a high concentration of vitamin C, the same that helps in the absorption of iron and calcium, which contributes to strengthen bones and muscles, preventing osteoporosis and other related ailments.

The aguaje contains phytoestrogen, a plant compound that has antibiotic, analgesic, anti-inflammatory and anticancer, especially against breast, colon and prostate tumors. It also prevents cardiovascular diseases and strokes.

Another of the great benefits of phytoestrogen is the reduction of the effects of menopause and balances the hormonal levels. Scientific research has shown that women and men who eat foods rich in this compound have late menopause and climacteric with fewer disorders.

The aguaje grows in the regions of Loreto, Ucayali, Huánuco and San Martin, and it is estimated that there are more than five million hectares of aguajales, of which around one million are in the Pacaya Samiria National Reserve and its buffer zone, in Loreto.

This fruit plays a vital role in the chain of tropical jungle forests, as it is important food for animals such as sajino, sachavaca, monkey, majaz, as well as various species of birds and fish.

The aguaje palm has female and male plants. The first is the one that produces the fruit, but it needs the second to be pollinated. In its adult stage, it can reach up to 35 meters in height and 50 centimeters in diameter.

Each tree produces an average of eight clusters and each cluster produces approximately 725 fruits, so the estimated average production is 290 kilos per palm tree.

Although aguaje is traditionally consumed raw and as a soft drink called “Aguajina”, its versatility makes it possible to take advantage of its pulp to produce ice cream and packaged juices, as well as in confectionery.

For its part, aguaje oil has enormous potential for the food and cosmetic industry. And the shell is used to produce ecological charcoal that does not pollute.

Growing in Amazonian wetlands known as peat bogs, aguajales store more than 600 tons of carbon dioxide per hectare, between three and five times more than any other tropical ecosystem. For this reason, it constitutes a key ally to mitigate the impact of climate change in our country and on the planet.

The United Kingdom has been supporting the projects in Peru “Superfruits that conserve forests”, with resources from the British International Climate Financing; and “Novel approaches to understand the state of biodiversity and support livelihoods: the distribution and levels of degradation of aguaje in the Amazon”, financed by the Newton-Paulet Fund.

They both run on the Pacaya Samiria National Reserve, in coordination with the National Service of Natural Areas Protected by the State (Sernanp), an entity attached to the Ministry of the Environment, which promotes these initiatives with the commercial articulation and sustainable use of natural resources. This as a strategy for the management and conservation of biodiversity and its ecosystem, since they have management plans and exploitation contracts, benefiting dozens of local families.