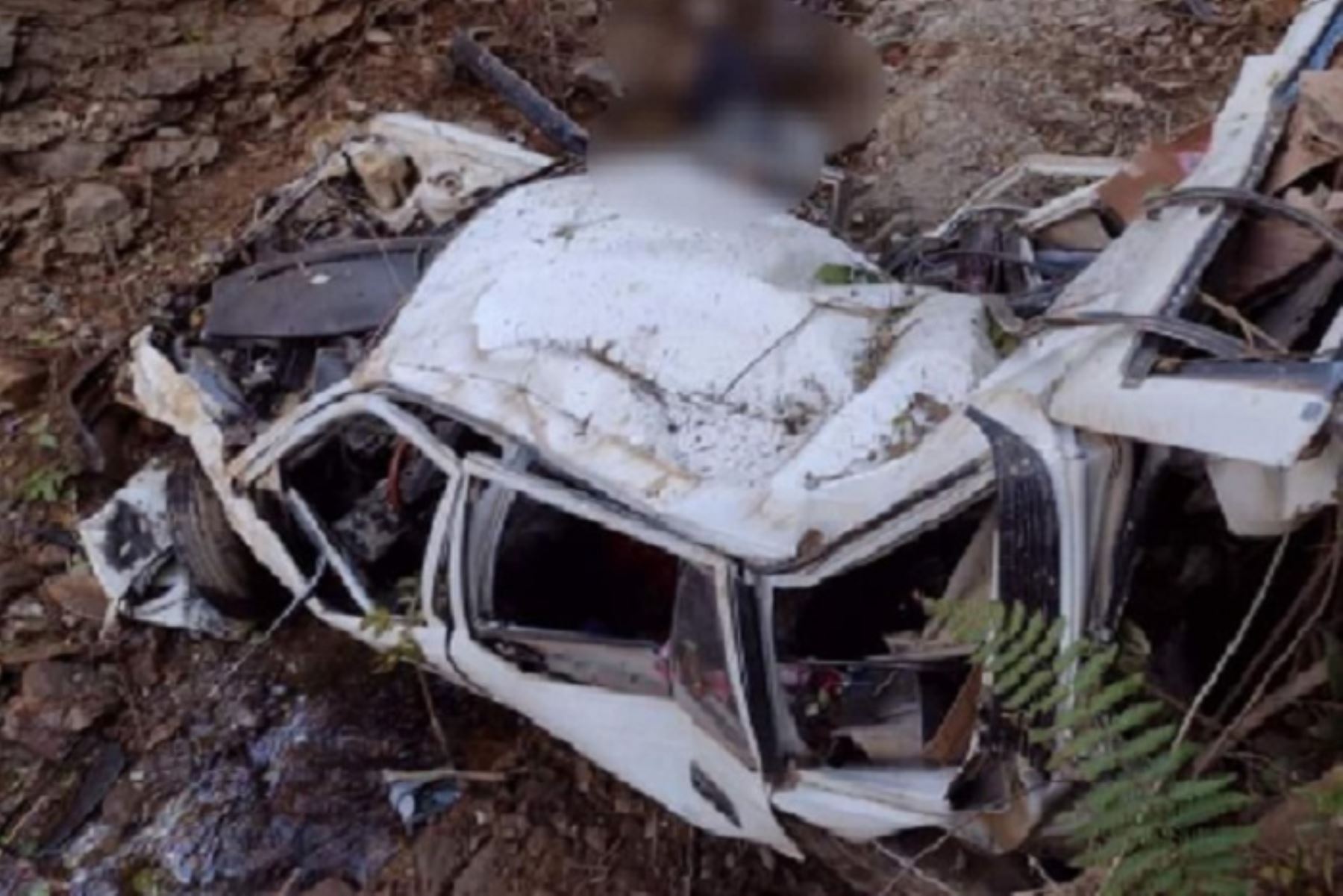 The boy, when rescued, still had vital signs, but when he arrived at the Tayabamba Hospital he had already died, so his death was confirmed. Photos: Jhon Medina López. Radio Tayabamba 100.5 FM

Three people died in an accident registered on the Tayabamba – Allauca road, in the Pataz province, La Libertad region, when the car in which they were traveling fell into an abyss.

The incident occurred yesterday afternoon 15 minutes away from the city of Allauca, near the La Palabra pantheon. Ignacio Capa Montero, Olinda López Muñoz and an 8-year-old minor were in the white Station Wagon brand of the damaged vehicle with an ADQ-568 license plate.

When the boy was rescued, he still had vital signs, but when he arrived at the Tayabamba Hospital he had already died, so his death was confirmed.

According to local media, this family lives in the Suyupampa town center, in the Liberteño district of Otuzco. Ignacio Capa was a native of the Chaquicocha district, in Junín.

At the moment, there is no knowledge of the causes of the accident. The provincial mayor of Pataz, Omar Iparraguirre, said that the road is currently in good condition, ruling out that any deficiency in the road has caused the confusion.

Áncash promotes the stocking of 10,000 trout fingerlings in Aija to combat anemia and help reactivate the economy of peasant communities https://t.co/weKoA6stHO pic.twitter.com/0vniYMSoqx

See also  Minister of the Environment in Loreto: environmental crimes are against humanity | News