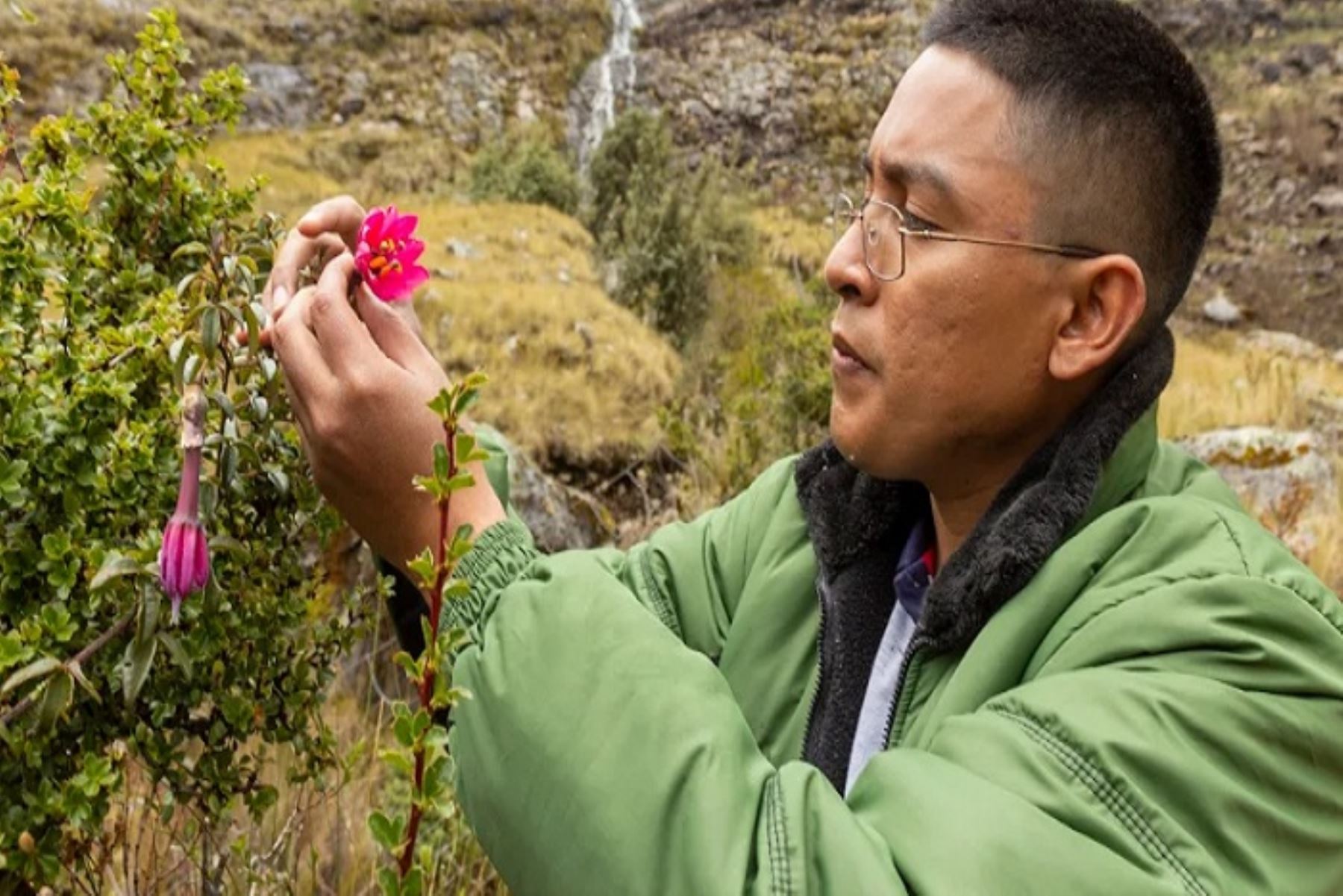 La Libertad: a species of plant that was believed to be extinct was discovered in Huamachuco | News

A plant species that was believed to be extinct, the “Passiflora huamachucoensis” or porpuro, was discovered on the eastern slope of the Huaylillas hill, in Huamachuco, Sánchez Carrión province, thanks to the research of the biologist graduated from the National University of Trujillo Miguel Antonio Caicedo Baltodano.

It is a vine of at least 3.5 meters long, belonging to the supersection tacsonia, of the genus passionflower, which It has showy flowers with fuchsia petals and sepals and a dark floral tube.

Its trilobed leaves are separated from the base of the petiole and its fruits, between 6 and 8 centimeters, are cylindrical, elongated and ovoid. They start out being black and when they mature they turn pale reddish on the outside, while on the inside their seeds are embedded in a gelatinous pulp with a slightly bitter taste.

“We have found three populations within the same hillside; they speak of populations because there is more than one plant, but these groups are on the same slope of the Huaylillas hill, ”said Caicedo Baltodano.

According to the expert, this species was discovered for the first time in 1936 by a foreign scientist who collected it in the same place, near the Cushuro lagoon, and took it to the Harvard herbarium (United States), where the classified as an already known species. However, in 1986 the Colombian botanist Linda Escobar examined it and observed that it had different characteristics and gave it the current scientific name.

“From its first sighting in 1936 until its publication in 1986, the plant was never seen again,” emphasized the biologist.

In addition, the scientist only used dry, wooded material. Details such as the ripening process of the fruit were missing.

Its characteristics and morphology were not complete either. “With Professor Jhon Ocampo, from the National University of Colombia, we are going to redescribe the species and assume that it still exists, that it has much more to come by with subsequent studies,” he said.

He added that the new studies could be based on ecology, the pollination process that is done with the help of hummingbirds. “We need to know what is the hummingbird that makes this species still exist, that its populations are still here and see how this area can be conserved so that it is undisturbed.”

“After we have found it, we must make conservation efforts, wait to have ripe fruits for propagation by seed, which will be in February or March. The objective is that we know the germinative characteristics of the species to know how to propagate it and that the provincial municipality Sánchez Carrión has the material in its nurseries so that they can renew it and keep it in a controlled environment ”, he stressed.

This is because the pure is only in this place, therefore it is necessary to pay attention to it. “The concern was that it did not exist, but as we have already found it, the critical status could change while conservation efforts are made, otherwise the plant could become extinct despite having found it,” he warned.

“Then we want the municipality to beautify the city with this species, the main square is very beautiful and has the characteristic flora of Huamachuco; We could incorporate this species so that the plant is not only seen in its place of origin, but also that it can be shown to tourists, to scientific tourism ”, he said.

The discovery was possible thanks to the support of the Sánchez Carrión municipality, which financed and supported the second exploration of this study that involves, apart from Caicedo Baltodano, the Colombian agronomist, specialist in tropical plant genetic resources, John Ocampo; and the Trujillo botanist, specialist in biotechnology, Eloy Campos, from the National University of Trujillo.

According to Henry Yupanqui, from the Business Development area of ​​the Sánchez Carrión municipality, in Huamachuco the community knows the species as porpuro de cerro and finding it in this area after 80 years for Huamachuco is important, something that may be due to its inaccessibility .

The resident Javier Villanueva commented that even for them it is difficult to find it: “They say that it is enchanted by the Incas, because sometimes when we are looking for the porpurito it does not appear, but if we are honest sometimes too ripe fruits appear and we must eat them without a word, because if not bitter “.