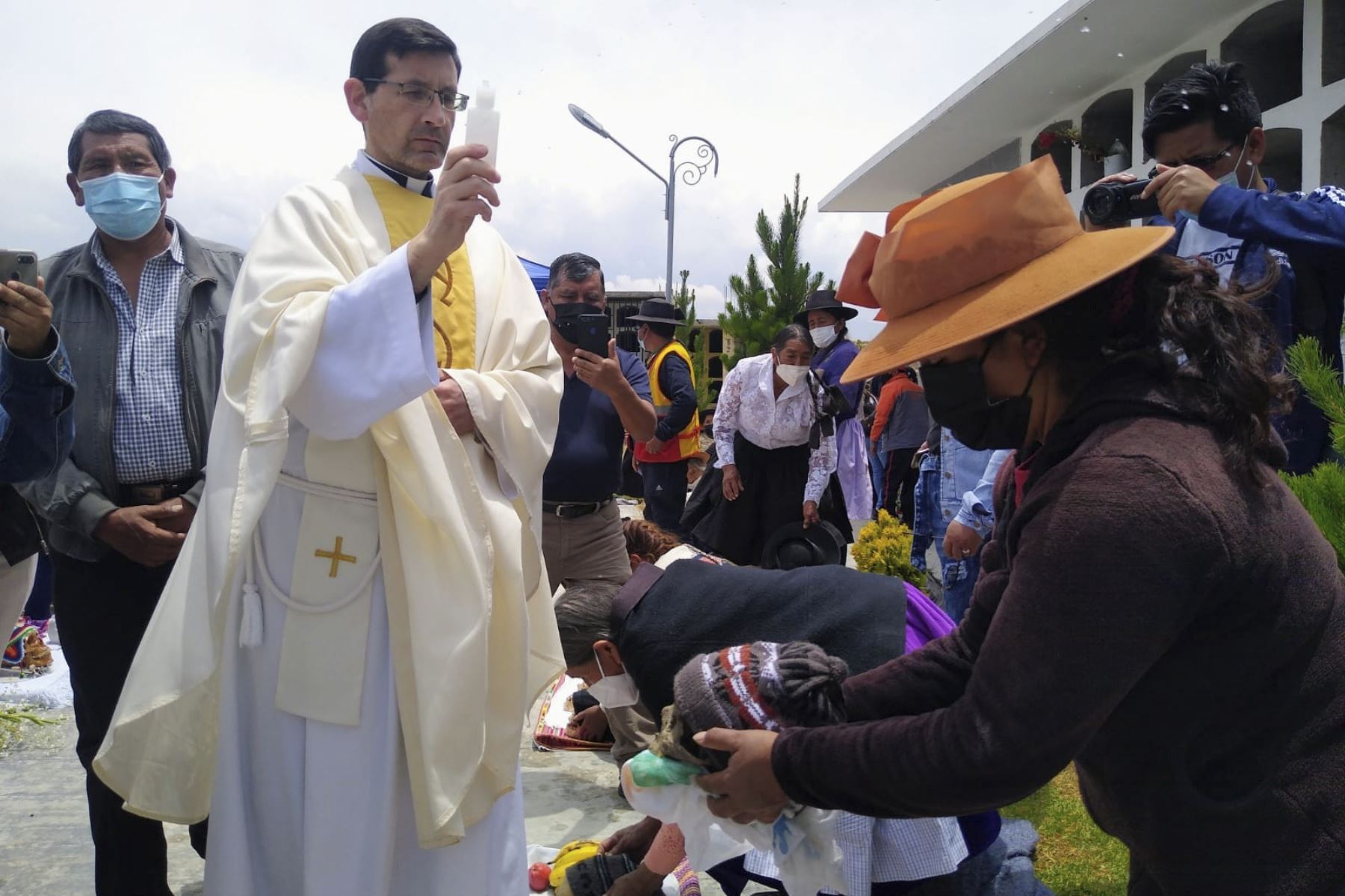 After Day of the Dead and All Saints Day, residents and authorities of the Chongos Bajo district, located southwest of the city of Huancayo (Junín), revived the traditional “Tullupampay”, which means burial of bones; but before, after a mass, more than 30 skulls were blessed.

Unlike previous years, this time the ancestral ritual was carried out in one of the corridors of the new environment of the municipal cemetery of Chongos Bajo to avoid the agglomeration of people before the pandemic of the new coronavirus.

The parish priest of Chongos Bajo, Javier Cayo —who has been in the district for a year—, he officiated a mass in honor of the more than 30 skulls that were gathered in the cemetery by residents from different neighborhoods.

At the end of the religious ceremony and the symbolic burial of the bones, found during the cleaning of the cemetery, in which the mayor of Chongos Bajo, Arsenio Pérez, participated, The priest proceeded to the individual blessing of the skulls that are venerated in the homes of various families.

“It is closely linked to the Christian tradition, of honoring the deceased, praying for them; it is an act of mercy to pray for the deceased, and well it is a tradition that they have them in their homes [las calaveras], but you always have to have them with dignity […]”, said the religious.

The people who brought their skulls to be blessed said that these are the protectors of their property and their existence.

“Let me know if someone offends you, I am going to make you respect, I am a captain of the PIP, he told me; thus it has revealed to me in my dream. I love him very much and I tell him: Dad, wherever I go, you are going to protect me, let nothing happen to me, take care of me! I tell him, ”said the resident Josefina Iriarte.

The Traditional “Tullupampay” is made every November 3, after the Day of the Dead and All Saints’ Day.