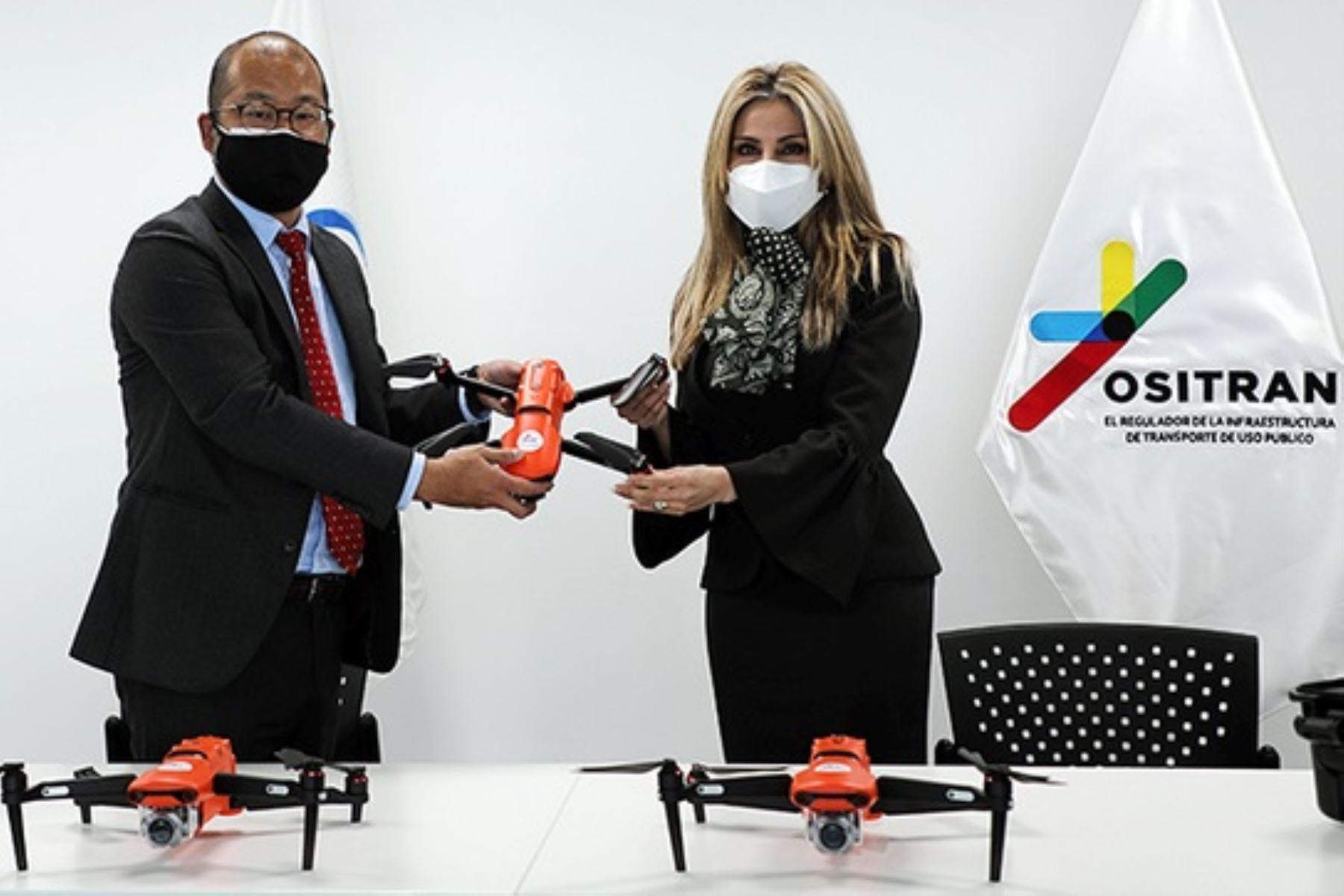 Within the framework of an inter-institutional agreement, the Japan International Cooperation Agency (JICA) delivered to the Supervisory Agency for Investment in Public Use Transport Infrastructure (Ositran), three drones that will reinforce the supervision of railway infrastructures and the Metro de Lima and Callao.

Takeharu Nakagawa, JICA Resident Representative in Peru delivered to Verónica Zambrano, president of Ositran, and highlighted the effort of the Regulatory Body to contribute to improving the public transport service and its commitment to the user population of Line 1 of the Metro de Lima and Callao.

As established in the Inter-Institutional Agreement, professional drones will make it possible to strengthen the field supervision tasks carried out by the supervisors of the Headquarters of Railway Contracts and the Lima and Callao Metro of the Ositran Supervision and Supervision Management.

Likewise, they will allow a remote inspection, with photography and video recording, in real time, of the supervision of structures, maintenance and construction activities, among others, reducing in some cases the time of inspections, optimizing man-hours and decreasing possible risks that affect the continuity of the transport service system.

This donation from JICA to Ositran is carried out as part of the implementation of the Follow-up Cooperation Project to the Co-Creation of Knowledge in Urban Rail Management program to strengthen the functions of the Regulator in the supervision of Metro lines and rail transport. and carry out preventive actions against the coronavirus, on Line 1 of the Metro.

See also  Credit cards: how to use them and maintain good credit history? | News

Part of the agreement was also the delivery to the Regulator, in June, of 15 thousand hygiene kits that were distributed among the users of Line 1 to reduce the risk of contagion from Covid-19.

Likewise, training workshops on supervision of metro and rail lines have been held for Ositran officials and an information campaign to protect against the pandemic.