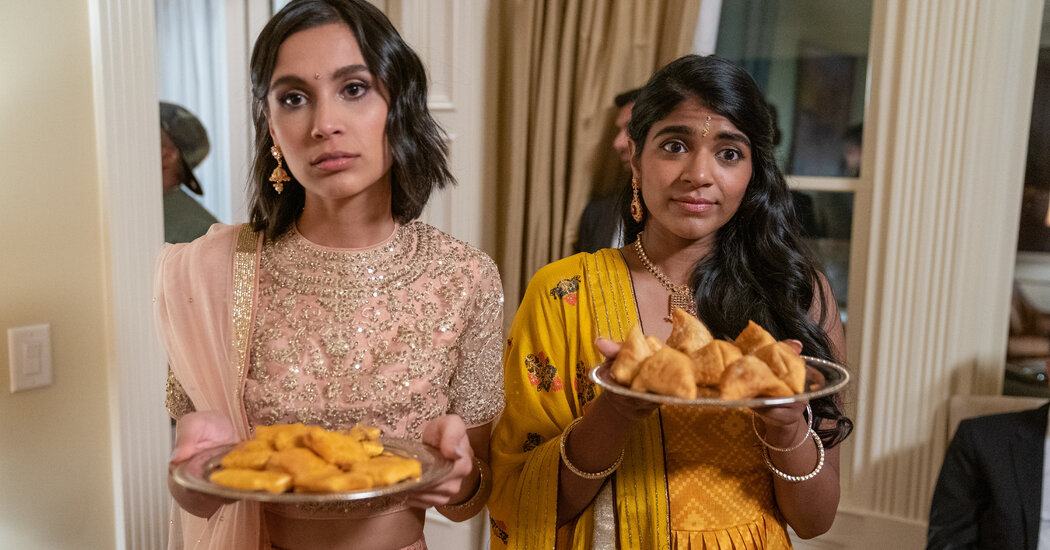 Mausi is handicapped in Geeta Malik’s comedy-drama “India Sweets and Spices”. At least emotionally. Wives and mothers who live in a New Jersey enclave of Indian Americans love their gossip spicy and don’t care who feels jealous. (The Scotch-drinking, suit-clad uncle isn’t far behind in that department either.)

When Alia Kapoor (Sofia Ali) comes home from the University of California, Los Angeles for the summer, she creates an atmosphere of chatter. Her plans to stay sober are derailed by her parents, who make her attend Saturday parties that move from a well-appointed house to a well-appointed house, starting with them. In a whisper, she invites Varun Dutta (Rish Shah) and his hardworking parents (the new owner of the titular grocery store) to the gathering. A summer of revelations ensues – the most shocking of which comes from Aaliya’s parents, Ranjit (Adil Hussain) and Sheela (Manisha Koirala).

From India to the United States of America, caste frenzy has been prevalent in these families. While Aaliyah and her friends gaze at each other about their parents’ obsession with status, they also enjoy the swimming pool, BMW, and the University of California that priorities make possible.

“India Sweets & Spices” is a gentle but firm take on the cost of keeping up with Jones, or Devi in ​​this case. Without sacrificing the comedic boom, Malik and his outfit evoke a community that is vibrant and claustrophobic. Koirala, a Bollywood star, brings a taut chivalry to a mother whose outfit seems unshakable until Dutta walks in the door. Deepti Gupta makes a soulful performance as the sage shopkeeper who knew Sheela from all her life.

India sweets and spices
Rated PG-13 for fooling around and smoking some. Running time: 1 hour 41 minutes. in Theaters.