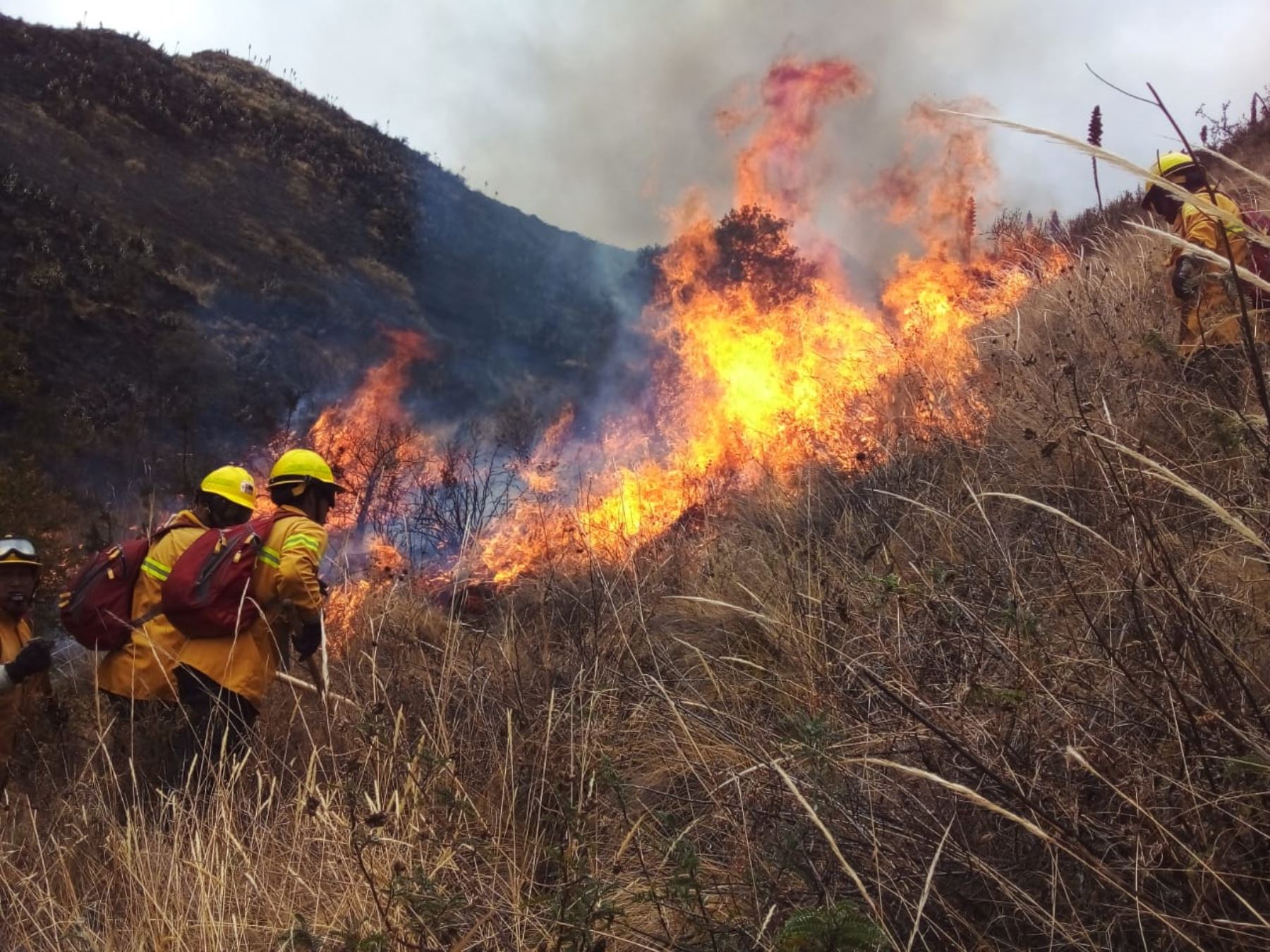 The frequency of forest fires has increased in recent decades; For example, the figure was exorbitant in 2019 and 2020, since more than 5,000 emergencies were registered, which may be associated with the covid-19 pandemic.

This was stated by Ricardo Zubieta, scientific researcher at the Geophysical Institute of Peru (IGP), to the Agency Andean, adding that this situation requires further investigation.

“Until before 2018, around 100 emergencies occurred, the year of drought, 2005, 2010 and 2016 increased up to 400 percent; but 2019 and 2020 expectations were exceeded, according to the National Fire Registry proposed by the National Institute of Civil Defense (Indeci) and documented by the Ministry of the Environment ”, he pointed out.

In relation to the fact that the increase in forest fires could be linked to the pandemic, he put as a possibility that the children of the countryside spent more time playing and the adults doing other activities that could cause the fire. “As we do not know the causes, there are proposals for new theses and research,” he said.

He also mentioned that it is usual for the forest fire season to last until November, because it is estimated that the rains that begin in September-October-November are a palliative to the decision of the people to practice burning. “In December it begins to rain with greater frequency and intensity and the frequency of these events is much lower “, he expressed.

However, he added that this predisposition is not so real, because in Peru the rainy season may begin in some regions, but not in all areas.

Zubieta stated that August and November are the peak months for the occurrence of forest fires, taking into account that in August vegetable fuel has already been formed, the vegetation is already drying up due to lack of rain, and possibly It is also associated with customs, since the Pachamama festival is celebrated in August, as the IGP is trying to document.

The specialist specified that Last August, in Cusco, there were 111 emergencies, 17 in Arequipa, 21 in Moquegua and 26 in Huancayo (Junín).

He explained that until recently forest fires were highly associated with droughts. “We have droughts, a reduction in rainfall below normal, and we have a severe increase in the frequency of these events. That is gradual, 2005, 2010 and 2016, in which the most affected regions are Cusco, Cajamarca, Apurímac ”, he stressed.

He also mentioned that forest fires are a climatic factor, but what is happening in recent years, that is what the new research is trying to answer. “There is a cross-cutting problem in these events,” he indicated.

“We can document the climatic and vegetative factors, such as the conformation of the dry vegetable or forest fuel since May, which has stopped raining, August still does not rain and if it does not rain in September it dries even more and so progressively, and that is a risk , It is a fuel exposed to the decision of people to burn”, He stressed.

Zubieta emphasized that there is an anthropic factor (any action or intervention carried out by human beings on the face of the planet, such as deforestation, fishing, agriculture, the majority of carbon gas emissions into the atmosphere (of origin factory, vehicle, etc.), which must be documented a lot.

In that sense, he said that the IGP is interested in being able to carry out inquiries through the thesis of young researchers from the San Antonio Abad University of Cusco, in order to document the perception of the community members, if they feel responsible for the occurrence of these fires. forest because they arise from the burning they often carry out.

“The IGP documents the fires; the Indeci, the location; as well as the National Forest and Wildlife Service (Serfor), but we do not study the burns, which is the core point from which these fires arise. There is more research to be developed ”, he stressed.

After commenting that the role of the population is very important, Zubieta announced that research suggests that it must be admitted that it is a problem of forest fuel availability.

But above all – he continued – that The representative of the community, the local government, Serfor, the regional government and the General Fire Brigade may be summoned in a consultation table, in order to carry out controlled burns.

Therefore, what is recommended is to approach the issue from a more multidisciplinary point of view, as is already done in other regions of the Andes, with the aim of reducing impacts.

He considered that sometimes one dares to try to modify the mountain ecosystem with these controlled burns, that is why it must be put on a balance to determine the cost benefit.

“It is necessary to quantify what is the benefit of carrying out a controlled burning or not doing it, in order to reduce the impacts, for example, on the roots of the grasslands that are the most affected, bushes, microorganisms; what is the total cost of what has already been impacted by the fires. There would be more control ”, he remarked.

See also  Covid-19: authorities carry out an operation to intervene to drivers and passengers in Áncash | News

Zubieta opined that in the long term it would be necessary to carry out controlled burning to reduce the impacts, because it is estimated that the climatic conditions in the future will be drier, more intense And as has been shown in the past, there is a type of causality in people’s decision, when there are droughts the fires increase, even people are already dying in the fires, as in Cusco, he said.

He reported that the latest publication of the IGP studies the potential conditions for these fires to be triggered, it counts, for example, how many dry days have occurred in 2005-2010-2016.

It is estimated that As dry days increase, as well as hot days above a threshold temperature, forest fires in the Andes will also increase.

“Until recently we had 100 dry days and that is relatively within normal limits; in other years we had 150 and there is a particularity of attention ”, he said.

Regarding the Amazon, Zubieta assured that it also picks up a lot of importance since what happened in Brazil in 2019, and has a different behavior because it rains more often; But 80 percent of forest fires occur in high mountain regions, affecting Andean grasslands, scrub and forests.

Finally, he stressed that a forest fire not only destroys vegetation, but also eliminates wildlife and exposes health and human life, urging the adoption of preventive measures. In addition, in some regions it has damaged historical sanctuaries, landscape reserves, national parks, among others.

Contents hide
1 More in Andina:
2 ??The Calipuy National Sanctuary obtains the Safe Travels seal, after complying with international hygiene and biosafety standards, and can now receive visitors. https://t.co/BMxi94xhpp Admission is free to this protected natural area of ​​La Libertad. pic.twitter.com/m9rp8blPSr – Andean Agency (@Agencia_Andina) September 30, 2021
3 Share this:
4 Like this:
5 Related

??The Calipuy National Sanctuary obtains the Safe Travels seal, after complying with international hygiene and biosafety standards, and can now receive visitors. https://t.co/BMxi94xhpp

Admission is free to this protected natural area of ​​La Libertad. pic.twitter.com/m9rp8blPSr