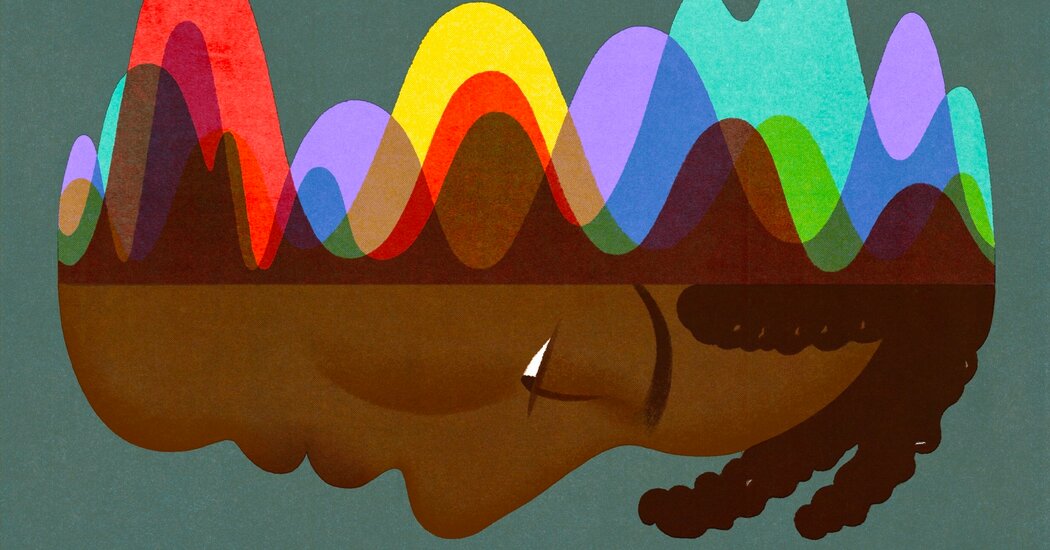 How My Phone’s Most Annoying Feature Saved My Life

My cousin left this message for me three months into my freshman year of college. His Chicago accent was so rough that I had to replay it several times: aye cuz, answer yo phone, he said. I talked to my mom, she told me you were doing yo thang. We were kids walking around in Hyde Park, dreaming about everything we wanted to do, and you were down there doing it. I’m really proud of you because. I love you cuz be true to yourself. You are my inspiration.

Voicemail has got a bad rep. Antiquated and annoying, it can easily be overlooked and take up a lot of phone storage and is a hassle if you have a long-winded relative; Most of us have abandoned it in favor of a more immediate connection. But till that day I didn’t realize what my inbox had become.

My cousin’s voice reminded me of walking down 53rd Street, eating Flamin’ Hot Cheetos soaked in melted nacho cheese as sweat dripped down our backs. And after grabbing the catfish nuggets soaked in lemon pepper from J&J Fish & Chicken, spend the day rummaging through Powell’s books. His words – “I am really proud of you” and “You are my inspiration” – reverberated inside my head.

A few months before receiving that message, I moved to Wellesley, Mass., to pursue a bachelor’s degree in Africana Studies. The admissions office, my uncle, and everyone else didn’t know that I was running from a town that had the same rhythm as my cousin’s voice. People always joke that we Chicago blacks are Mississippians in coats, and living in Massachusetts forced me to reckon with my own demons and the feeling that somehow I was living on borrowed time because of my deteriorating mental health. Had been. I couldn’t bring myself to interact with anyone for more than five seconds, and I believed that if the people I loved knew what I was doing on the inside, it would somehow Will unknowingly persuade me to love less. Me love me less. So I ran. And although I consciously decided to leave Chicago, I couldn’t shake the shock and discomfort that came with learning the sounds of another city. I felt so far away from everything and everyone I knew.

My mind went to so many dark places that I found it difficult to sleep at night, and I succumbed to drugs and alcohol. All the while, I pushed away the people I love the most. Soon they started leaving me messages that mostly remained untouched, a little blue dot sitting next to each one as they piled into my phone, waiting to be tapped.

Contents hide
1 There were 50-second messages from my sister singing R&B. Songs off key.
1.1 Share this:
1.2 Like this:

There were 50-second messages from my sister singing R&B. Songs off key.

I don’t know why I was forced to listen to my cousin’s message when I finally did – why did I tap someone else’s blue dot. But when I did, after her voice connected me to a younger, sometimes happier version of myself, I decided to keep listening.

There were 10-second notes from my dad, sometimes telling me about the oxtail he was cooking for dinner in his thick canton, Miss., accent, other times just checking in: I love you My beautiful baby daughter. It’s yo daddy. Talk to you later. Bye. A minute’s message from my mama, asking her god to protect me from the wrath of despair, worried that her youngest would somehow slip out of her fingers: Good morning, beautiful, today will be a terrible day, she said. God is giving you one more day to keep going – don’t let anything get in your way. You will have everything you need! I am claiming it in the mighty name of Jesus! There were 50-second messages from my sister, singing R&B. Stop the songs to put a smile on my face, and 30 seconds of urging my nieces and nephews to beg for $20.

See also  Telegram to launch group video calling feature in May: you will leave Whatsapp after reading this news! Because this Dhansu feature is coming in Telegram

The messages did what my family expected: They allowed me to slowly break out of my sadness and self-imposed isolation. Whenever I listen to them, I’m taken back to Chicago—to my mama’s warm hug, to blasting Chief Keef’s “Almighty So” late into the night as we rode Lake Shore Drive And for the fighting stories of my family. Now I hoard my voicemail like little bits of gold.

Lately, I’ve started doing something probably more old school than leaving those messages in the first place: I’ve started copying them onto CDs that I keep in a safe. The last note I stored was left with me by my grandmother a few weeks before she died of covid. In it, she asked me to FaceTime her so she could show me her new hair color, saying it made her look 25. As I processed my anger and sadness toward a short life, I listened to her message over and over again, listening to the way her laugh made me feel, hey, Renee Pooh.

I shared the message with family members who, like me, had a hard time accepting the fact that she was suddenly gone forever.

But these recordings are infinite. I have a collection of everlasting audios that allow me to experience the memory as many times as I want. The voice of my loved ones will always be with me. Ready to tap. Ready to make sure I’m never alone. And so on.