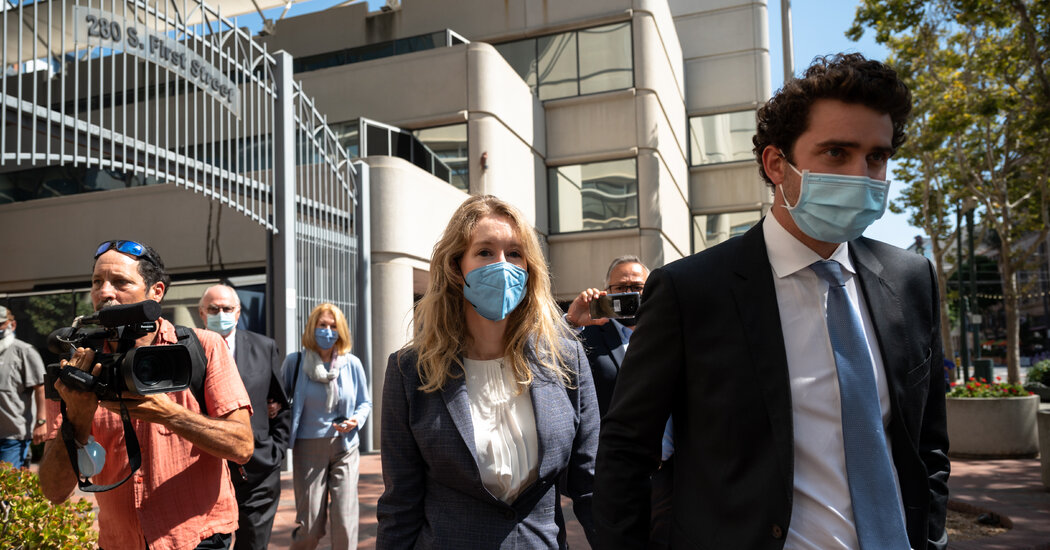 Highlights from Week 9 of the Elizabeth Holmes trial.

SAN JOSE, Calif. — The ninth week of testimony in the fraud trial against Elizabeth Holmes has raised questions about what risks and responsibilities investors have when they invest money in high-growth start-ups like Theranos, Ms. Holmes’ failed blood testing company. Huh.

In the weeks leading up to the trial, the jury heard from former Theranos employees who were concerned with its practices, as well as officials and board members who said they had been taken to blood testing machines by Ms. Holmes that can perform hundreds of blood tests. She was Precisely and quickly with a drop of blood.

It built on the testimony of investors, who prosecutors said are victims of 12 counts of wire fraud at the center of the trial. Before Theranos collapsed in 2018, it raised $945 million from investors, which was valued at $9 billion and made Ms. Holmes a billionaire.

Ms Holmes has pleaded not guilty. If convicted, he faces 20 years in prison.

Here are highlights of this week’s proceedings, which took place on Tuesday after a water main break near the courthouse on Wednesday led to the cancellation of the day’s events.

Lisa Peterson, an investment manager at RDV Corporation, an investment firm representing the wealthy DeVos family of Michigan, explained how the group came to invest — and eventually lost — $100 million in Theranos.

According to an email shown in court, RDV’s chief executive, Jerry Tubergen, met Ms. Holmes at a 2014 conference and became excited about Theranos. Ms. Peterson, who was put in charge of facilitating research and investment, testified that Theranos had chosen a few wealthy families to invest in, and that Ms. Holmes felt fortunate to have joined the firm.

“She was inviting us to attend the occasion,” said Ms. Peterson. A presentation shown in court said Theranos deliberately sought private investors who would not induce the company to go public.

With Ms Peterson’s testimony, prosecutors built on how Theranos used counterfeit endorsements from drug companies to defraud its partners and investors. Theranos had shown Walgreens and Safeway executives a verification report that featured the drug companies’ logos and said they supported its technology.

Last week, a Pfizer executive testified that the company had dug into Theranos’ technology and “came to the opposite conclusion.” Ms Peterson said she had seen the verification report and believed it was prepared by Pfizer, which helped entice her firm to invest.

In a heated cross-examination, Ms. Holmes’ lawyers tried to portray Ms. Peterson as a reckless manager of capital who had not done proper research before pouring cash into a young start-up.

Ms. Holmes’ attorney, Lance Wade, highlighted the contradictions between Ms. Peterson’s statements and the earlier legal statements she had made. When Ms. Peterson insisted that her current testimony was accurate, she retorted, “Has your memory improved over time? Is this your testimony?”

Mr Wade also implored Peterson for not hiring scientific, legal and technical experts to investigate Theranos’ claims, nor did he demand to see copies of Theranos’ contracts with Walgreens and Safeway. “You think this is a normal thing in investing?” He asked.

Ms Peterson said the firm relied on what Ms Holmes and other Theranos executives told her.

Mr Wade tried to undermine Ms Peterson’s decision-making power within the firm, pointing out that she was not on RDV’s investment committee and did not attend all meetings involving Theranos.

Ms. Holmes’ lawyers took a delicate path by arguing that investors like Ms. Peterson had not done enough research. That’s because their reasoning included an implicit acknowledgment that Theranos’ technology didn’t do all it promised, even as they maintained that Ms. Holmes didn’t lie about the technology. spoke.

Jury members watched two videos of Ms Holmes – most likely the first time they saw her face without a mask – as they defended Theranos in interviews after The Wall Street Journal reported in 2015 that Start- Up’s blood testing machines didn’t do as well as claimed.

In an appearance on Jim Cramer’s “Mad Money” show on CNBC, Ms Holmes said Theranos’ machines could perform more than 100 tests, dismissing the critical report. In an interview with CBS in 2016, Ms. Holmes expressed more regret, saying, “I am the CEO and founder of this company. Everything that happens in this company is my responsibility.”

Ms Holmes’ lawyers argued for excluding the video as evidence, at one point referring to the period after The Journal article as the “conspiracy period”.

Ms. Peterson testified that during that time, she and others at RDV had met with Ms. Holmes. At the meeting, Ms. Holmes downplayed the revelation, Ms. Peterson said, reporting The Journal was “by a very enthusiastic reporter who wanted to win a Pulitzer.”

Mr. Wade asked the court to remove that remark from the record.