Despite the ceasefire between Israel and Palestine, the terrorist organization Hamas continues to act. Meanwhile, the top commander of Hamas and the notorious Yahya Sinwar of Khan Younis continues to lynch the people against Israel. He announced his plans a few days ago by holding an AK-47, the son of a terrorist killed at the hands of the Israeli army in the Gaza Strip. During this time a crowd of thousands stood in the circle of Yahya Sinwar.

Yahya Sinwar is the chief of Hamas’s political wing

Yahya Sinwar is known as the butcher of Khan Younis in Israel. Its full name is Yahya Ibrahim Hasan Sinwar who is currently the head of the political wing of Hamas. Sinwar was also a member of the Politburo of Hamas in the year 2017. According to Israeli agencies, Yahya Sinwar is believed to be the link between Hamas’s politburo and its military unit IQB.

How did Yahya Sinwar become butcher of Khan Younis?

Yahya has been the most vocal against Israel from the very beginning. That is why it formed an internal intelligence agency named Al-Majid inside Hamas in 1988. This agency works by finding and killing Israeli agents or those with a soft attitude towards them in the Gaza Strip. It has killed thousands of Palestinians helping Israel with their own hands. This is the reason why it is called the butcher of Khan Younis. 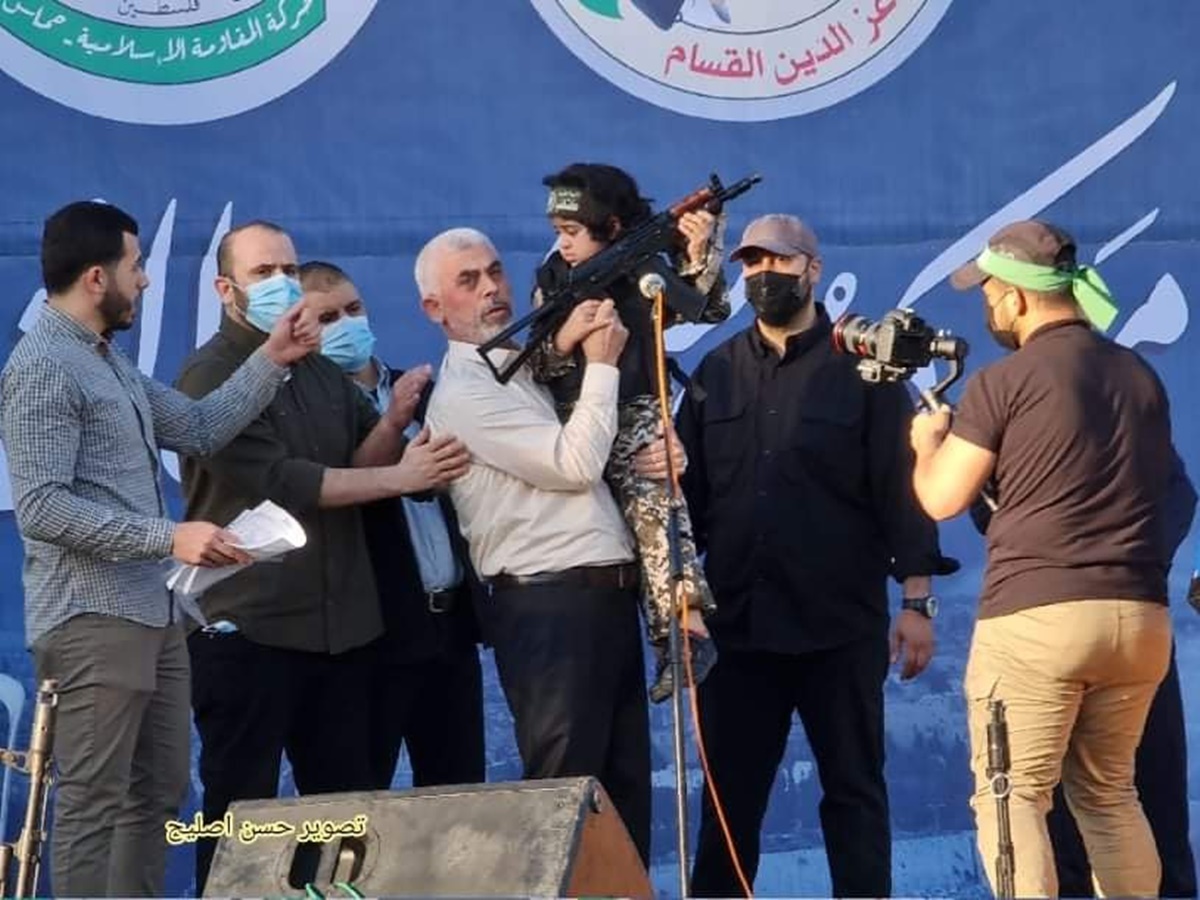 In 2015, the US placed it on the list of Specially Designated Global Terrorists. Which means this person is a wanted terrorist for America. The US has also declared Hamas as a terrorist organization. This is why the US may speak orally with Palestine but not with Hamas. Hamas’ main agenda is to eradicate Israel from the world map.

Palestinians are calling the Israeli ceasefire in Gaza a Hamas victory. Thousands of Palestinians celebrated after the ceasefire came into effect. Many of them said the war proved costly but it was a clear victory for the Islamic militant group Hamas. At the same time, Israel warned in strong words that if any further hostile action was taken, it would respond with full force with renewed vigor.

The 11-day war has killed more than 200 people, mostly Palestinians. The war has caused widespread devastation in the Hamas-ruled Gaza Strip, which is already a pauper region. Israeli Prime Minister Benjamin Netanyahu warned in strong words on Friday that if a further attack is made, it will be responded to with renewed vigor. He said that if Hamas thinks that we will tolerate rocket attacks, then it is wrong.