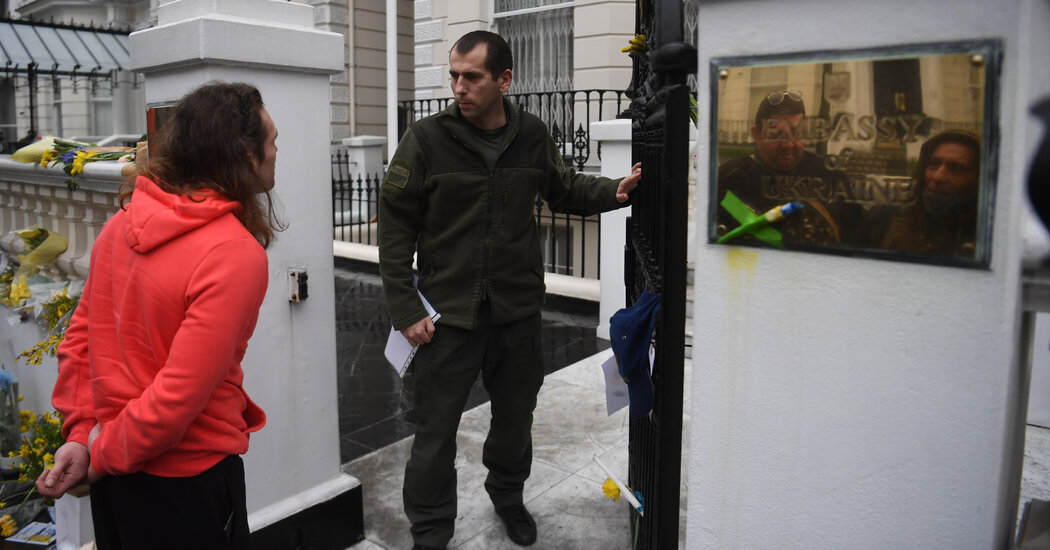 Paris — A few days ago, Yugo was preparing for his final exam in a class in northern France. But, now, he plans to travel to Ukraine to help the country in its fight against Russia.

22-year-old Yugo, who asked to be identified only by his first name for fear of possible repercussions, said on Tuesday he did not have “extensive financial resources” to provide relief to Ukraine.

“The only thing I think I can do for them is to go there,” he said.

And Ukraine is welcoming him and other volunteers with open arms. Ukraine’s President Volodymyr Zelensky has appealed to people across Europe for help, and hundreds have responded, according to news reports from countries such as Britain and Sweden.

The volunteer response appears to be the latest and perhaps most significant development in a growing wave of international support for Ukraine, as Russian forces move to encircle Ukraine’s capital, Kyiv, and intensify shelling in and around major cities.

on Sunday, Mr. Zelensky said That his country was establishing a foreign army, the International Army of the Territorial Defense of Ukraine. On the same day, Ukraine’s Foreign Minister Dmitro Kuleba said on twitter that it was inviting “foreigners wishing to defend Ukraine and the world order” to access Ukraine’s foreign diplomatic missions.

Mathieu dos Santos, 34, a French real estate agent, said he planned to leave France soon with a group of fellow volunteers. “I am going to help my European compatriots,” he said, referring to the Ukrainian people. He said he was doing so in “continuance” of his “commitment” to serving France as a former member of the French military.

See also  Why did Vladimir Putin invite the Nazis to justify his invasion of Ukraine?

Mr dos Santos said he and his group did not plan to fight on the front lines but would attempt to provide medical aid, “protect fleeing civilians” from the war and organize their arrival in Western Europe .

Yugo, who also served in the French military, said last week he had begun looking for ways to help Ukraine. Unable to find groups organizing foreign volunteers, he said, Yugo took matters into his own hands and created a Facebook group, which now has more than 7,000 members.

He said he planned to leave France on Friday with about 40 others, most of whom are former military members. Yugo said they planned to play a “defensive role” by patrolling the streets, helping civilians and possibly responding to Russian firefighters.

Ukraine’s embassy in France itself is active on social media, pleading for foreign volunteers. The embassy’s Facebook page provides information for foreigners wishing to fight in the war, including documents for Ukrainian officials to fill out. A spokeswoman for the embassy told French news media that “many French people are calling us.”

France has not publicly commented on these volunteers.

On Thursday, France updated its travel advisory for Russia, saying it was “strongly” recommending that French citizens who were not there for “essential” reasons should leave. France’s foreign ministry also said travelers should show “heightened vigilance” because of the war in Ukraine and sanctions against Russia. On Monday, the ministry “formally” advised French citizens “not to travel to Ukraine until further notice”.

See also  US officials believe they have located Putin's yacht