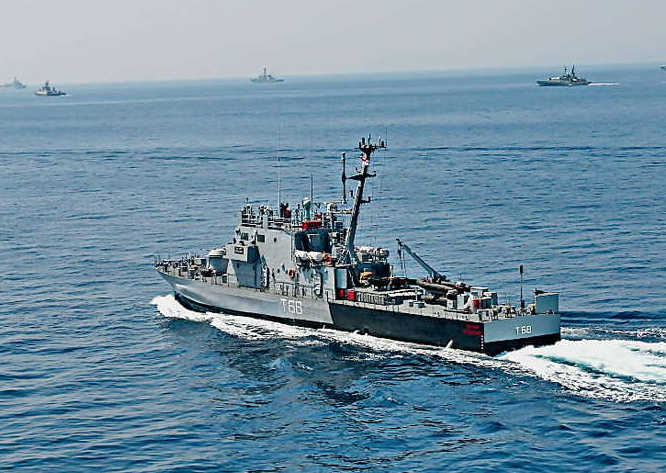 New Delhi: Quad countries have started war games in the Indian Ocean on Monday to ensure that the Indo-Pacific region remains free and secure and that the common interests of all in the region are safeguarded. Now that France has taken part in this exercise, everyone’s eyebrows are raised. France’s participation in quad exercises with India, the US, Japan and Australia is seen as a signal to China. The quad exercise will run for three days from March 5 to March 7. The four countries have come together to counter China’s growing bigotry in the Indo-Pacific region. Therefore, this ongoing war exercise in the Indian Ocean is considered important. With the participation of France, it has gained special importance. The exercise is named after the 18th-century French naval officer Peros. China is keeping a close eye on the movements of these countries. & Nbsp;

The Indian Navy has participated in this exercise with the INS Satpuda ship and the P8I long range maritime patrol aircraft as well as the & nbsp; INS Kiltan. & nbsp;

Will the quad expand? & Nbsp;
The question is constantly asked whether the quad will expand and become a quad plus group. Is going. There are rumors that France’s participation in the group’s war games is a sign of that. & Nbsp; But so far there has been no formal discussion on the expansion of the quad group. The group of quad countries is said to be a kind of honey given to China in the Indo-Pacific region. & Nbsp;