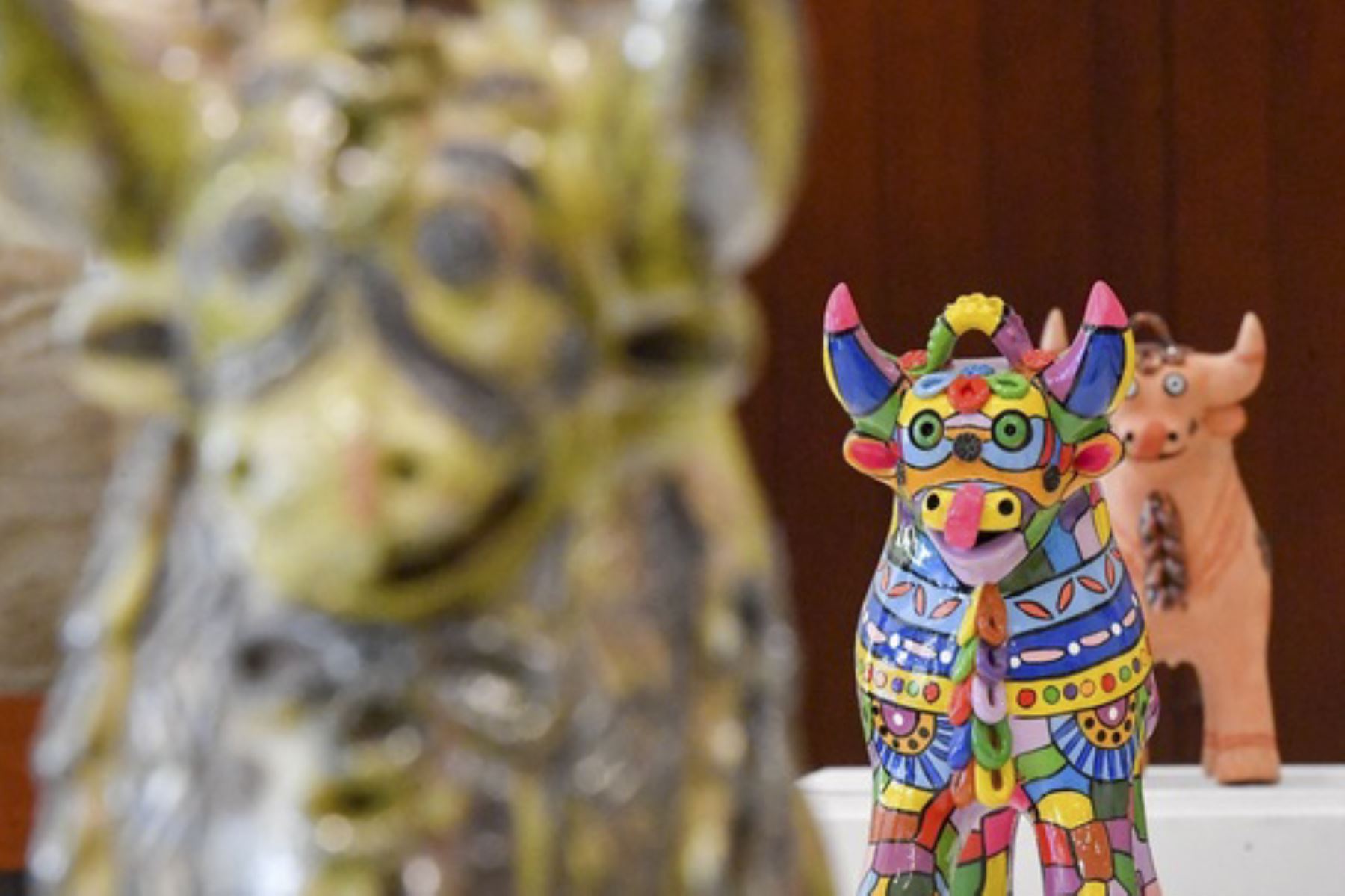 The “Toro de Pucará” is an ancestral expression typical of the Puno region, which according to the Andean worldview represents protection, happiness and fertility. ANDINA / Ministry of Foreign Affairs

The Ministry of Foreign Relations announced today the international tour of the itinerant exhibition “Torito de Pucará, Ambassador of the Peruvian Altiplano”, composed of 50 pieces that show the best of Puno crafts organized by the Decentralized Office of the Chancellery in Puno. See here the photo gallery

The pieces have already been exhibited in Puno, Cusco and La Paz (Bolivia), where they obtained an excellent reception, and will continue their international tour with the objective of promoting the figure of the Bull of Pucará, as an icon of the crafts and cultural wealth of the Puno region.

The objective is promote the economic reactivation of the artisan sector, opening new spaces for local producers and bringing them closer to potential private and institutional buyers around the world.

Ten associations of Pucareño artisans have participated in the elaboration of the sample, which in turn brings together more than five hundred potters who cultivate and keep alive this ancient ceramic tradition, a product of the miscegenation between the Andean and Hispanic cultures.

Additionally, the sample includes a Catalog book containing contact information for the associations of artisans who created the fine pieces, as well as a historical review of the origin and evolution of the “Toro de Pucará” and of the ancient town of Pucará, for tourism promotion purposes.

The “Toro de Pucará” is an ancestral expression typical of the Puno region, which according to the Andean worldview represents protection, happiness and fertility. Within the Andean manifestation and the perception of the inhabitants of the Altiplano, it constitutes a symbol of the identity of southern Peru.
Today, place two “Toritos de Pucara´” on the roofs of the houses it represents the duality of union and happiness at home.

The cultural exhibition, which received the support of the Regional Government, the Provincial Municipality of Puno and the District Municipality of Pucará, was presented today in Lima and will tour various cities around the world, where it will be welcomed by our Embassies and Consulates abroad.

?? Learn how to do safe tourism in the emblematic Lake Titicaca in Puno.