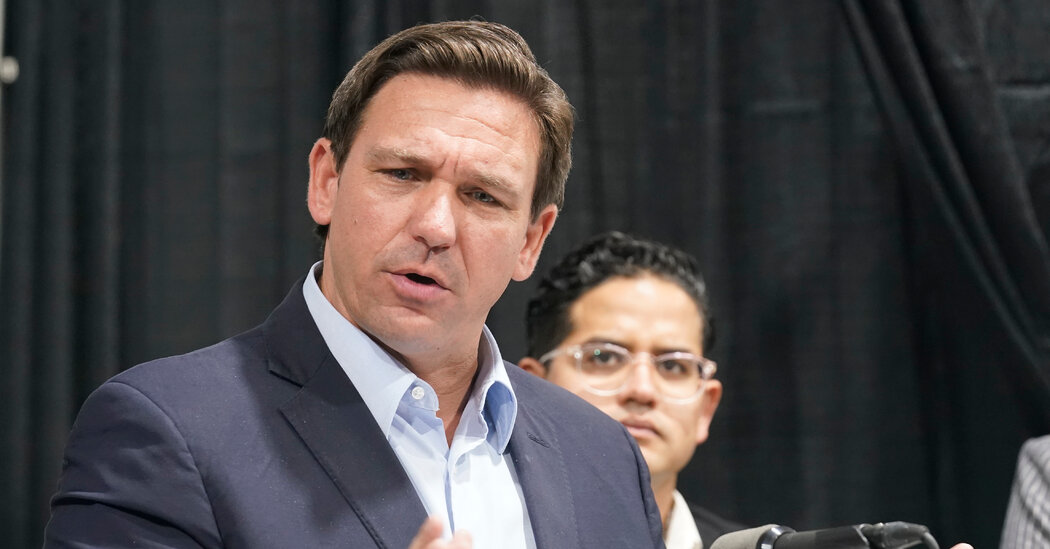 The Florida Department of Education is withholding funding from two school districts that have made masks mandatory in classrooms this fall, state officials announced Monday, requiring local school boards to require students to wear masks, giving them financial support. shall be severely punished.

The announcement is the latest twist in a political battle over masking in Florida, where Gov. Ron DeSantis, a Republican, issued a ban on school masks in July, only to be sent back by a judge last week.

“We are going to fight to protect the rights of parents to make health care decisions for their children,” state Education Commissioner Richard Corcoran said in a statement. “They know what’s best for their kids.”

The fines apply to two school districts — Alachua County and Broward County — that proceeded with masked mandates in defiance of the governor’s order.

The department had indicated that it would withhold a monthly amount equal to the salaries of school board members. In Alachua County, members earn about $40,000 per year, and in Broward County they earn about $46,000, according to the State Legislature’s Office of Economic and Demographic Research.

However, because the state does not pay the salaries of local officials, it cannot withhold pay directly. Mr Corcoran previously said he could recommend withholding “an amount equal to the salaries of the superintendent and all members of the school board”.

On Monday, his department said counties had been instructed to cut school board compensation — nothing more.

But its practical implications are unclear. The Biden administration has advised that any school district that has been stripped of state funding because of pandemic precautions can use federal stimulus funds to make up the difference.

Broward County said in a statement that it would continue to implement its mask mandate.

The Florida Department of Education and the Alachua School District did not immediately respond to requests for comment.

Florida is facing the worst outbreak of coronavirus in the country. In the past seven days, an average of more than 16,000 people have been hospitalized every day, more than in any other period in the pandemic.

Last week, a judge ruled against Governor DeSantis, ruling that Florida’s school districts could impose mask mandates on students to prevent the spread of the coronavirus. The judge also issued an injunction preventing the state education department from penalizing local school boards.

The Education Department planned to appeal, and announced on Monday that the funding had been withheld.

The department said the fines would continue till school boards comply.