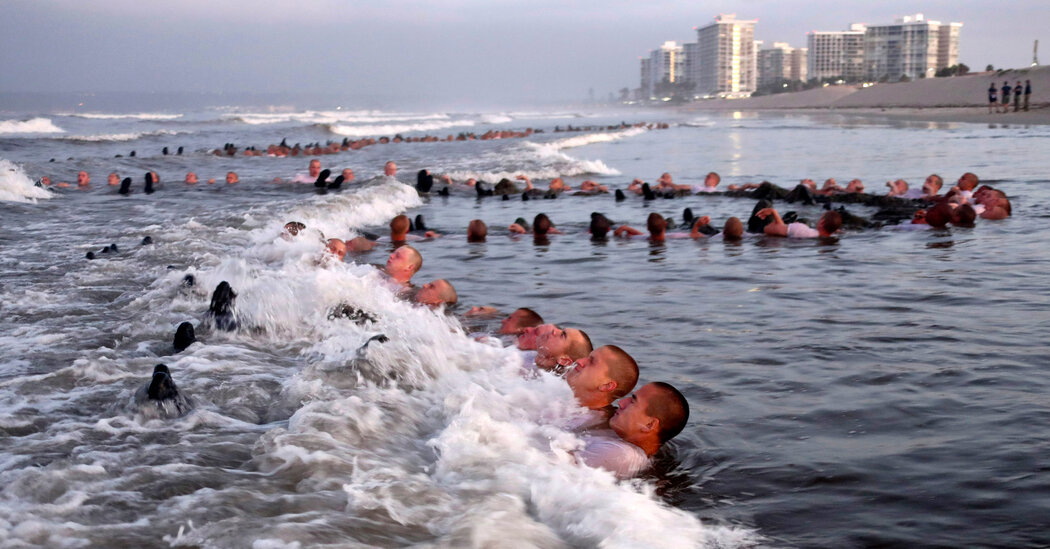 A woman has enlisted in the United States Navy’s special combat unit for the first time, the latest gender barrier in five years for women to become eligible to apply for any combat job in the military.

The Navy said Thursday that the woman was the first woman graduate from a specialized combat training pipeline that feeds Navy SEALs and other elite commando units. A Navy spokesperson told The Associated Press that the woman would not be identified, a standard policy for members of Special Forces.

Rear Admiral Hugh W. Howard III, commander of the US Naval Special Warfare Command, said in a statement that the woman’s graduation represents “an extraordinary achievement.”

“Like his fellow operators, he demonstrated the character, cognitive and leadership characteristics required to join our force,” he said.

The Navy said in a news release that the servicewoman was one of 17 graduates of a program it calls the Special War Fighter-Craft Crew. She will be part of a team of personnel that train at the Navy’s Special Warfare Center in Coronado, Calif.

SWCC personnel perform what the Navy calls “secret insertion and extraction” operations, which require expertise in not only weapons and navigation, but also engineering and parachuting. Only 35 per cent SWCC candidates are graduates, the Navy said.

The woman, who graduated Thursday, will join operators of three special boat teams that transport Navy SEALs and conduct their own classified missions, the AP reported.

According to a CNN report, she is one of 18 women who have tried to be SWCC or SEAL; Of them, 14 did not complete the 37-week special combat training. CNN quoted a Navy spokesperson as saying that three other women are currently training to be Navy SEALs, or SWCC operators.

Navy officials in the United States could not immediately be reached for comment early Friday.

The share of women in the US military has been on an upward trend for decades. When the draft ended in 1973, women accounted for 2 percent of enlisted forces and 8 percent of officer corps in the U.S. Army, according to an analysis of Defense Department data by the Council on Foreign Relations, which excludes U.S. Coast figures. Were. Protector. By 2018, those figures had risen to 16 percent and 19 percent.