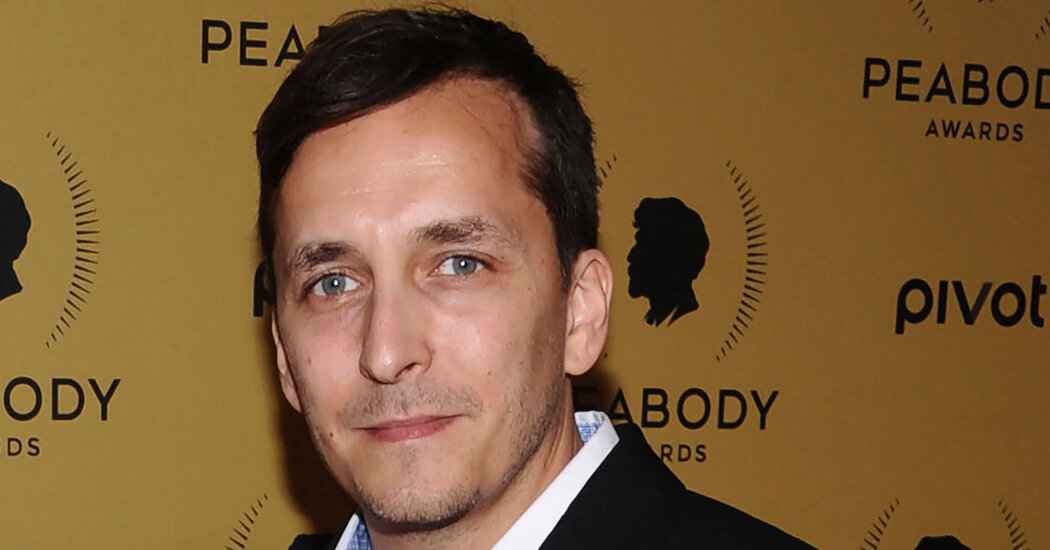 When Brent Renaud, an award-winning American filmmaker and journalist, was murdered in Ukraine on Sunday, he was there to do what he had done throughout his career: witness the world’s most dangerous stories.

At the time of his death, Mr Renaud was working on a “project focused on the global refugee crisis” for Time Studios, according to a statement from Time executives.

Through his extensive film catalog, Mr. Renaud highlights the human impact of war and conflict, said Vivian Schiller, who commissioned Mr. Renaud’s 2004 documentary series about the Iraq War for The New York Times and Discovery Channel. Was.

“He was just a filmmaker with a tremendous heart,” Ms. Schiller said on Sunday. “It really pervaded all of his work.”

Mr. Renaud, 50, often collaborated with his brother Craig to produce film and television projects for The Times, HBO, NBC, Vice Media and other companies. He filmed in conflict zones and risky areas, including parts of Afghanistan, Haiti, Iraq, Mexico and Ukraine.

One of his early projects was “Off to War”, a 2004 intimate documentary series he produced with his brother. For six months in Arkansas and then a year in Iraq, the brothers followed a group of Arkansas National Guardsmen from training grounds to battlefields.

The series was personal to the brothers because they were also from Arkansas. The film focused as much on war-torn families as it did on the conflicts of war. At one point, after several soldiers were killed, a leader of the unit suggested the brothers go home, Mr. Renaud said in a 2009 interview with Curator magazine.

“It was not the idea for us – the threat was not an issue, and the story was not complete,” he said.

The series marked the beginning of Mr. Renaud’s fearless, world-travelling career. He and his brother took their cameras around the world, from the Black Lives Matter protest in Little Rock, Ark. to the 2008 Beijing Paralympic Games.

In a 2015 documentary for The Times, Mr. Renaud raised barbed wire fences and filmed child migrants fleeing Central America to the United States via rivers.

In a 2013 interview with Filmmaker magazine, he said that the brothers survived several near-death situations, including car accidents, detonations from improvised explosive devices, and attacks by members of the Egyptian military.

Renauds learned to travel with smaller devices, sometimes only using a cellphone camera if he needed to be discreet, he said. Shortly after Mr Renaud finished college, he said he went to Cambodia with a tiny camera he “barely knew how to use.”

“I somehow managed to be taken seriously and landed an interview with one of the top operational generals, co-prime ministers,” he said.

The brothers won several awards, including the 2012 DuPont-Columbia University Award for the 11-minute film “Surviving Haiti’s Earthquake: Children” and the 2014 Peabody Award for “Last Chance High”, a series about Chicago students with emotional disorders. Is.

Mr Renaud was a Fellow of the Nieman Foundation for Journalism at Harvard University from 2018 to 2019.

Mr Renaud’s final task on Sunday was to capture refugees who fled across bridges in Irpin, according to his reporting partner Juan Arredondo, who described the events in a video posted to the Okhmatdit hospital’s Instagram page. As always, he was trying to capture the human toll of a geopolitical conflict.

“We don’t look for dangerous assignments,” Mr Renaud told Curator magazine in 2009. “But once we’re committed to a story, we’re ready to do whatever it takes to tell that story.”