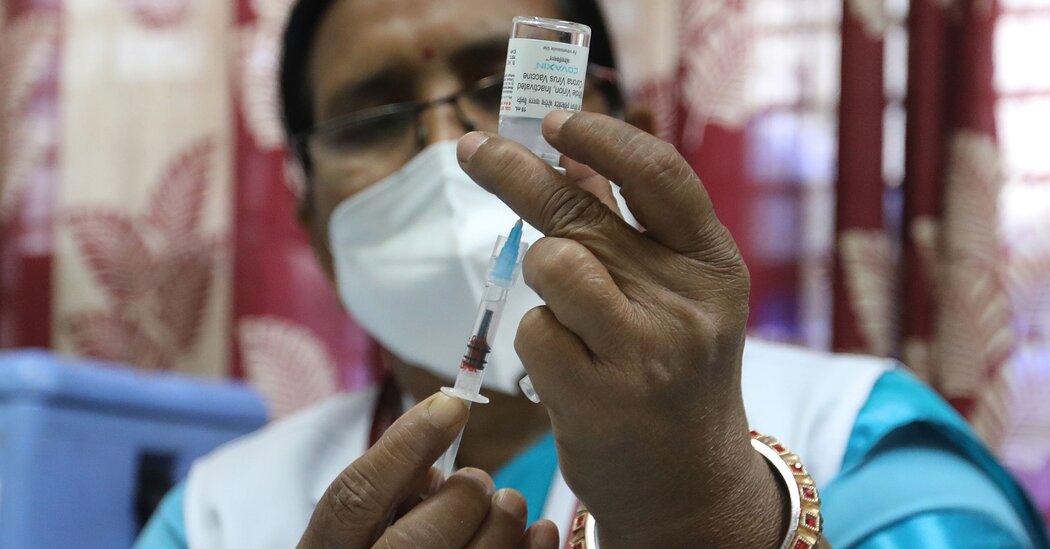 FDA rejects India-made Bharat Biotech vaccine for those under 18

US pharmaceutical company Okujan said on Friday that the Food and Drug Administration had rejected its application seeking emergency authorization for an India-made COVID vaccine for people aged 2 to 18.

A clinical trial in India enrolling people aged 2 to 18 years found that two doses of the vaccine produced a strong immune response and did not cause serious side effects. Another large-scale clinical trial in adults in India found that the vaccine provided good protection against COVID, with very strong protection against severe disease. Both of those studies were conducted pre-omicron, when older versions of the virus were circulating.

The vaccine is widely used in India. It has been authorized by about 20 countries as well as the World Health Organization. Ocugen has entered into a deal with Bharat to try to bring its vaccine to the US market.

Pfizer makes the only COVID vaccine authorized in the United States for ages 5 to 17. There are currently no authorized vaccines for young children, but people 6 months to 4 years of age may be eligible for Pfizer’s vaccine as soon as next month.

FDA representatives did not immediately return a request for comment Friday. The agency generally declined to comment on medical products it has declined to authorize.

Ocugen spokesman Ken Inchaustie said the company is “disappointed” with the agency’s decision. The company said in a news release that it still wants to try to find a way to make the vaccine available to children ages 2 to 18 in the United States. Ocugen’s stock fell 23 percent on Friday.