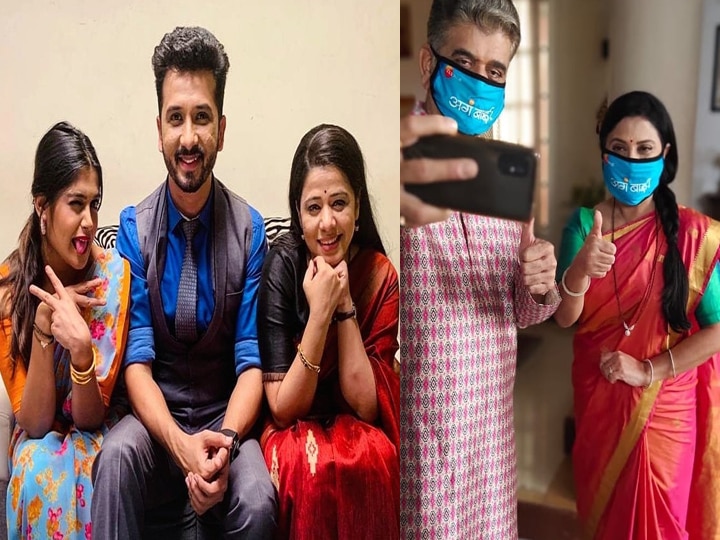 Mumbai: Zee Marathi channel is now working hard to entertain the fans. Now with some new series, some series are going to take an astonishing turn. The most important news is that my husband’s wife is going to say goodbye to the audience. The last episode of the series will air on March 7. So the series is starting from March 8, don’t put fat in that place.

The series ‘Aggambai Sasubai’, which has been popular for the last few months, will change the plot by keeping the personality line the same. Now this series will be called ‘Aggambai Sunbai’. Asavari is going to be responsible for this now. Ashutosh Patki and Tejashree Pradhan will be replaced by new faces. There have been some promos. The channel intends to launch a new series every Monday in March.

In the month of March, a new series ‘Zee Marathi’ will be brought to the audience with new stories from different parts of Maharashtra. A new series will be aired every Monday in March. Of these, the new series पाहिले ‘Pahile Na Mi Tula ‘ has been announced and ‘Ratris Khel Chale ‘ fame Anna Naik will also be seen again.

Thinking of entertainment, Zee will come in front of the Marathi audience in the near future with the slogan ‘Festival of relationships, new stories’. Stories written by writers from different parts of the state will be seen in the form of a series, with a festival every Sunday in March and a new series every Monday, said Nilesh Mayekar, Head of Business, Zee Marathi. There is a world of Marathi people in Maharashtra and outside India. Mayekar clarified that a series based on the same stories will be started.

Last year, people watched the second episode of the series ‘Ratris Khel Chale’. This second episode also got a good response from the audience and the character ‘Anna Naik’ became very popular. So in the new year, the audience will get to see Anna Naik and her game again. However, this is the third episode of the series that will have a different storyline, which has been kept secret. Pralhad Kudtarkar and Rajendra Ghag are once again responsible for the script and writing of the new episode of the series. Rajendra Ghag is from Ratnagiri and was working in Irrigation Department. Ghag, who took over his job and wrote stories for magazines, wrote for the series for the first time in his 60s. Apart from this, another new series ‘Pahile Na Mi Tula’ will be launched in which actor Shashank Ketkar will be seen in a pivotal role. Actor Ashay Kulkarni, who is playing the role of Suyash Patwardhan in the ongoing series ‘Mazha Hoshil Na’, and newcomer Tanvi Mundle are both in the lead roles in the new series.

New asthma writers from different parts of the state have been connected to the channel. Tejas Ghadge, the author of ‘Tujyaat Jiv Rangala’, had done such a big series for the first time. Now he is writing a series called ‘What Happened That Night’. Vishal Kadam from Satar and Swapnil Gangurde have co-written the story of the series ‘Devmanus’, directed by Raju Sawant. Earlier, Raju Sawant has given quality programs like Tu Tithe Mein, Jai Malhar, Ratris Khel Chale Chi Both Parva, Lagir Zhalam Ji.