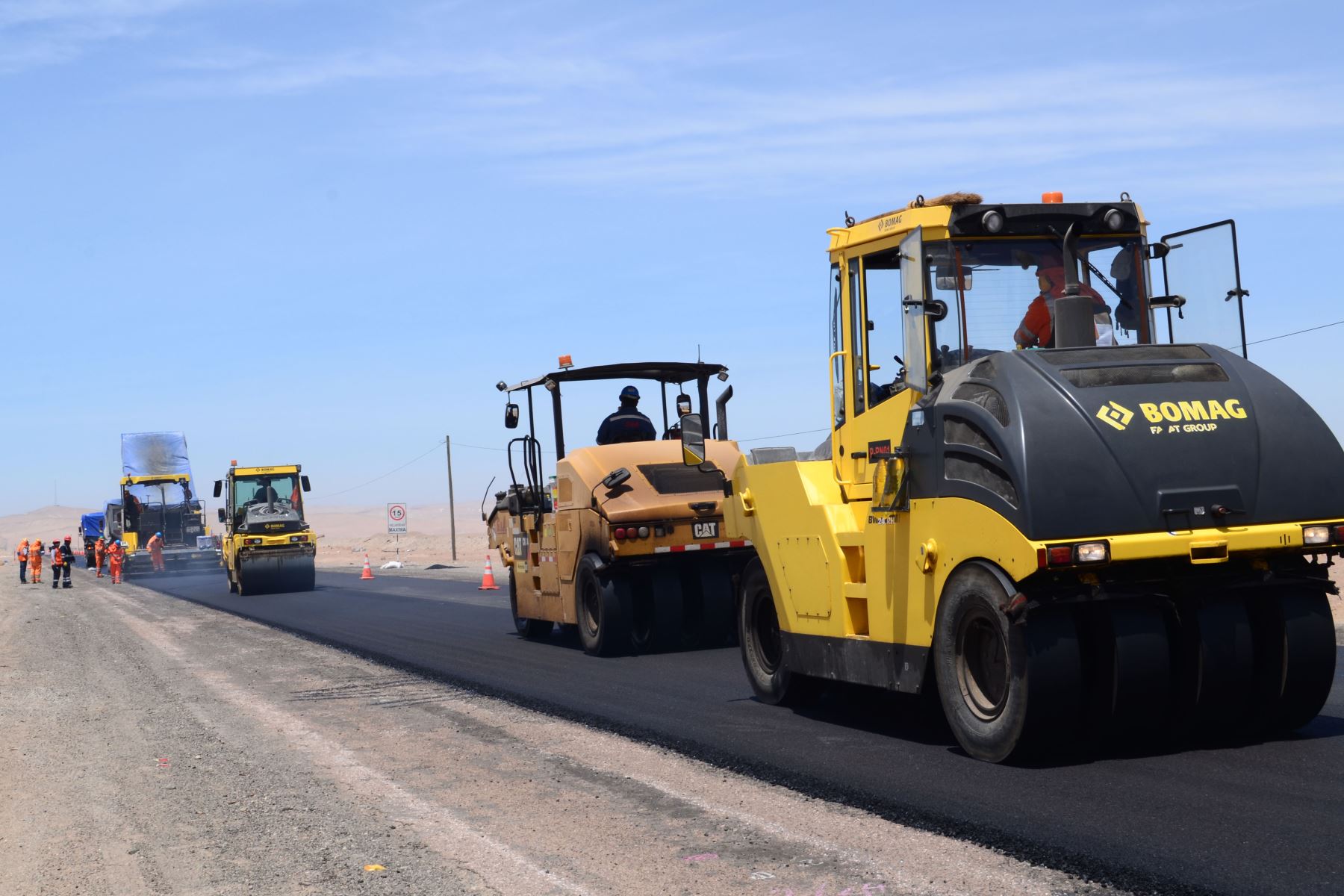 The total accumulated execution of public investment as of September maintains its historical record in the last 20 years by registering an execution of 25.029 million soles, an amount that represents an advance of 47% with respect to the Modified Institutional Budget (PIM) for the year, reported the Ministry of Economy and Finance (MEF).

In this sense, the MEF referred, the execution achieved in the three levels during September 2021 amounts to 3,273 million soles, being consistent with the growth of the first months of the year.

In a disaggregated manner, the national government executed 1,426 million soles with respect to the goal of 1,951 million soles, which represents an advance of 73%.

This level of execution is mainly explained by the continuity in the execution of large investment projects such as the Construction of Line 2 and Branch Av. Faucett-Gambetta of the basic network of the Lima and Callao Metro in the Lima and Callao provinces (74.87 million soles executed in September) by the National Provias Executing Unit.

The project also influenced Improvement and Expansion of the airport service in the Cusco Region through the new Chinchero International Airport – Cusco (98.47 million soles executed in September) by the Executing Unit of the Ministry of Transport and Communications (MTC).

For their part, regional governments executed 534 million soles compared to the goal of 716 million soles for September, which represents an advance of 75%.

This level of execution is explained by the execution of important investment projects such as Improvement of the Viscachani-Callalli-Sibayo-Caylloma highway, Caylloma Province, in Arequipa (20.47 million soles executed in September); and the project Construction, operation and maintenance of the trans-Andean tunnel and the first stage of the Lemon Dam (12.9 million soles executed in September) by the Regional Government of Lambayeque.

The Local Governments presented an execution of 1,313 million soles of the goal of 1,346 million for September, which represents an advance of 98%.

This level of execution is explained by the execution of important projects such as the project Expansion of the northern section of Cosac I from Naranjal Station to Av. Chimpu Ocllo, Comas and Carabayllo districts, in Lima (13.03 million soles executed in September) by the Metropolitan Municipality of Lima, as well as the project Expansion and Improvement of the Tocache water and sewerage system (San Martin), with an execution level of 8.2 million soles in September, by the Provincial Municipality of Tocache.

The MEF detailed that, to date, the performance in the execution of investments has been achieved to a great extent because the entities in the three levels of government have committed to economic reactivation.

For its part, the MEF collaborates with the management of public investment through the following activities:

Technical assistance was provided to the 26 regional governments on investments through 31 thematic specialists, who carry out support and massive training at the national level through the MEF’s decentralized team on methodologies throughout the Investment Cycle.

Likewise, within the framework of technical assistance, 2,046 queries associated with the execution of investments have been answered and 484 trainings have been carried out on topics related to investments, with 7,047 participants.

In the period from January to September 2021, the Public Investment Specialists (EIP) at the national level provided 4,010 technical assistance, answered 7,445 queries and carried out 235 trainings, managing to train 12,879 participants on the phases of the Investment Cycle.

Likewise, as DGPMI, 57 virtual trainings have been provided on issues related to public investment management, managing to train 73,448 participants nationwide.

For the last quarter of the year, the MEF will continue with the strategy to promote the execution of investments within the framework of the economic reactivation, through the different mechanisms and activities that have been implemented such as technical assistance for support and training massive at the national level through the decentralized team of the MEF and EIP on the National System of Multi-year Programming and Investment Management.

Likewise, the development of meetings to monitor public investments with the authorities and operators of the Regional Governments in order to contribute to the unlocking of investments and speed up their execution.

Finally, the MEF specified that it is necessary to mention that, as a country, it reaffirms the commitment to continue on the route of execution of public investment proposed at the beginning of the year.

With this, it seeks to ensure compliance with the schedules and programming of the execution of the investment, with the aim of counteracting the impact of the pandemic on the economic development of the country.

?? In August, the Mining and Hydrocarbons sector increased 3.12% compared to the same month last year, reported the @INEI_oficial.