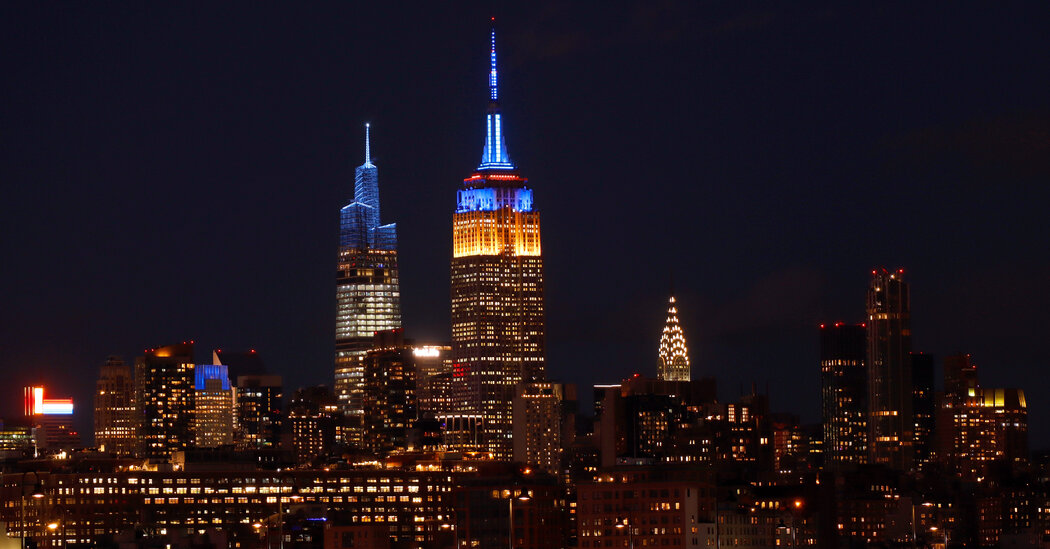 Several New York landmarks are being illuminated in blue and yellow, the colors of the Ukrainian flag, through the weekend as a show of solidarity for the people of Ukraine, Gov. Hochul said on Friday.

“New York is the proud home of the largest Ukrainian population in the United States, and we condemn the unjust and unintentional violence against the people of Ukraine,” Ms Hochul said in a statement. “We in New York stand in solidarity with those who fear for their families and loved ones, and our prayers are with the innocent victims as they fight to maintain their freedom as a sovereign people and nation.”

Landmarks include the World Trade Center, the Empire State Building, the Kosciuszko Bridge, the Mid-Hudson Bridge, and other structures and buildings throughout the state.

Some were skeptical of the demonstrations, with one commenter tweeting about the Empire State Building, “It won’t help the good people of Ukraine. What will?”