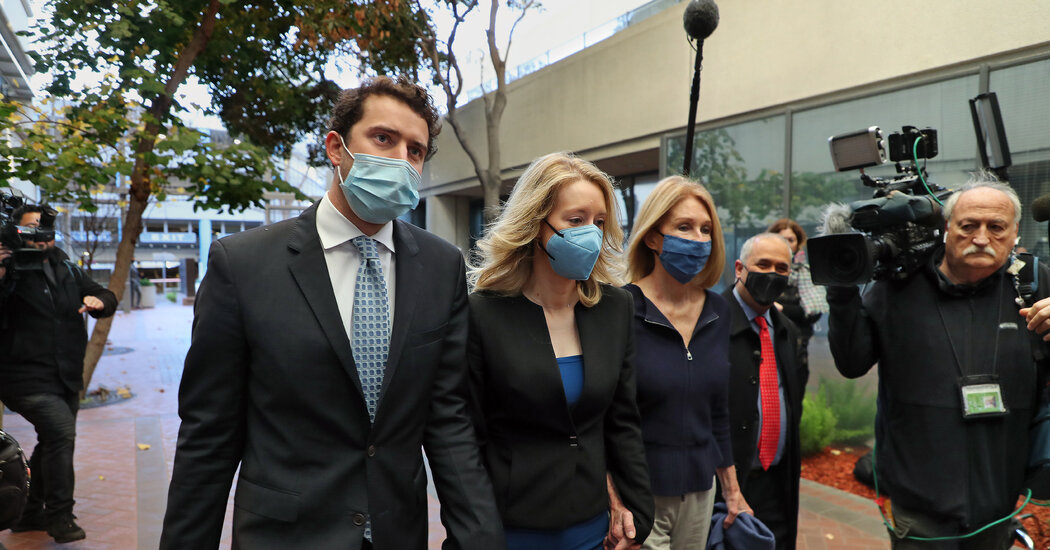 On Monday, Elizabeth Holmes, the founder of blood testing start-up Theranos, aimed to refute an important argument made by prosecutors in her fraud case: that she lied about her company’s work with drug companies.

One of the most damning evidence prosecutors have against Ms Holmes is that Theranos sent investors false pharmaceutical company verification reports. Those reports displayed the drugmakers’ logos, which served as proof that Theranos’ technology was validated by them. During the trial, investors testified that those reports helped persuade them to put money into Ms. Holmes’ start-up.

But representatives for Pfizer and Schering-Plough testified that their companies had never validated Theranos’ technology. (Pfizer reps said the company had come to the opposite conclusion.) Nor did they approve of their logo being added to the report.

On the stand Monday, Ms. Holmes testified about studies that Theranos conducted in 2008 and 2009 with Merck, AstraZeneca, Centocor, Bristol Myers Squibb and others. An exhibition displayed internal documents and a map about the success of some of this early work. In about a dozen cities around the world where Theranos machines were used for studies.

Ms Holmes’ attorney, Kevin Downey, also showed what she called a peer-reviewed journal, which published the results of a study conducted with Stanford University around this time. He did not mention the name of the magazine.

In each instance, Ms. Holmes’ understanding of Theranos’ technology was that “it performed well,” she testified. In some instances, Theranos was paid for his work in studies.

Throughout its trial, Ms. Holmes’ defense team tried to prove that there was some truth in what Ms. Holmes told investors.

“The reality of what happened in Theranos is far more complex than what you’ve heard about Elizabeth Holmes until now,” Lance Wade, one of Ms. Holmes’ attorneys, said in her opening statement at the start of the trial in September.