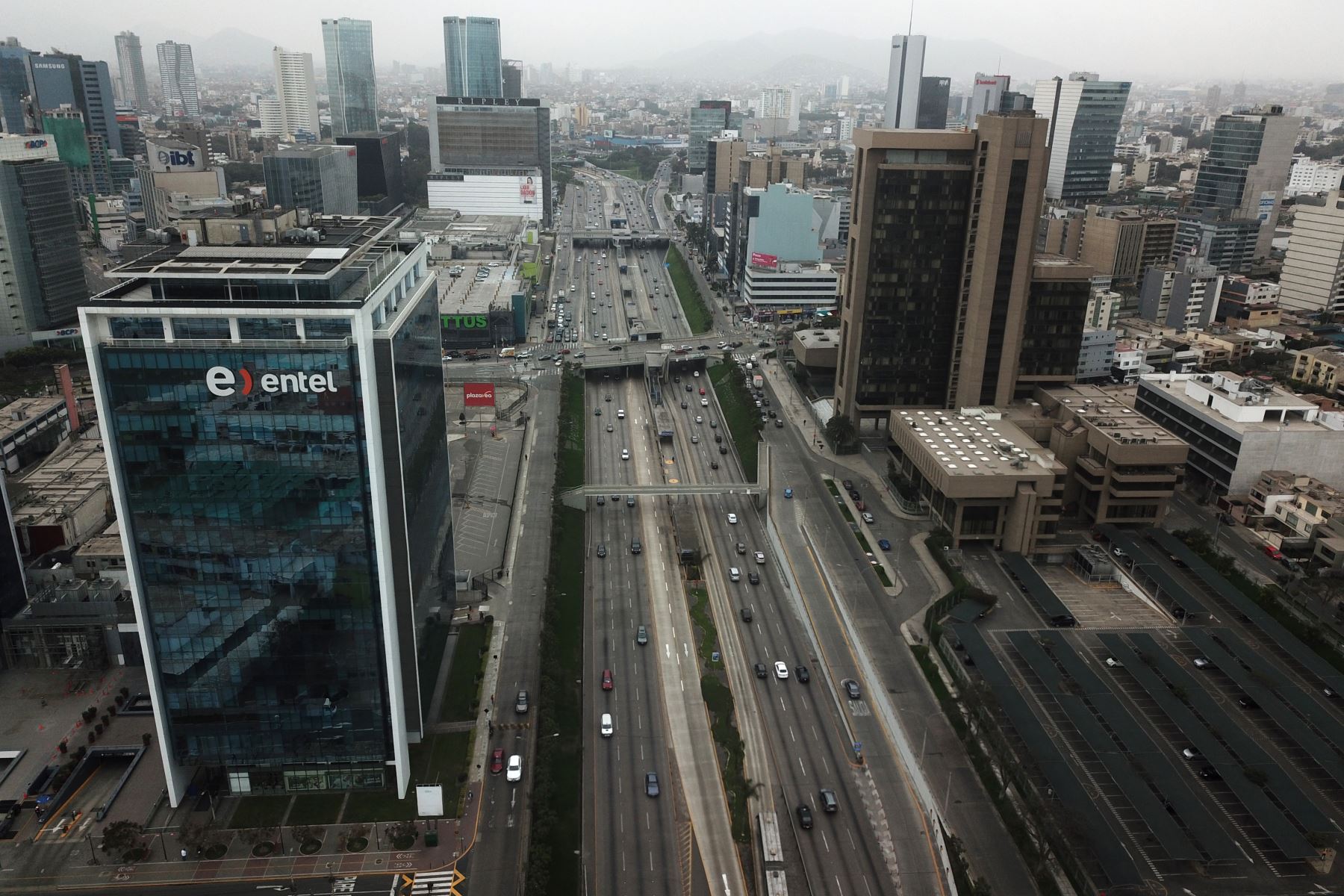 During its quarterly presentation to investors, Credicorp pointed out that during the third quarter the Peruvian economy would have rebounded 11.2%, after falling 8.8% in the same period last year.

This recovery was mainly based on the country’s macroeconomic soundness, which made it possible to implement expansionary monetary and fiscal policies, as well as a favorable international environment with high copper price levels, he explained.

Likewise, the reactivation of the Peruvian economy was aligned with the improvement of the health situation and the rebound in the vaccination process in Peru, added Credicorp, a leading financial group in the country with a presence in Bolivia, Chile, Colombia, Panama and the United States. United.

In this scenario, he projected that the Peruvian GDP would grow 12% during 2021, adjusting his estimate upwards.

Credicorp CFO César Ríos noted that Credicorp’s results were driven by recovery in most of its business lines.

In universal banking, profitability was explained by the low level of provisions and the growth of core income, while in microfinance, Mibanco showed a positive evolution of lower-risk structural disbursements, where the implementation of the hybrid model has been bearing fruit, he said.

Credicorp’s CFO recalled that the holding company will continue to accelerate the generation of value through digital transformation in its subsidiaries.

He mentioned, for example, that as of September 2021, 57% of BCP’s clients are digital and 38% of Mibanco’s disbursements were made through alternative channels, mainly digital solutions.

On the other hand, the Yape digital wallet reported remarkable growth: in the third quarter of the year, 21% of BCP monetary transactions were carried out through this channel, surpassing mobile banking, Credicorp highlighted.

Two years ago, only 2% of BCP’s monetary transactions were carried out through Yape, he mentioned. “To date, the digital wallet has 7.2 million users,” he added.

Credicorp also reported on the progress of its sustainability and environmental strategy, recalled that it recently made its commitment to be carbon neutral by 2032 official.

On the social front, he highlighted that between January and September of this year Credicorp included more than 785,000 people in the financial system through Yape, Mibanco and Soli, the digital wallet of BCP Bolivia.

It also brought financial education to more than 4.2 million people through the ABC of BCP and the ABC of Seguro, he added.

In the area of ​​corporate governance, the group defined guidelines to strengthen gender equity in the board of directors.

At another time, the CEO of Credicorp, Walter Bayly, said that the organization is in a very solid position, having recovered from the negative impact caused by the covid-19 pandemic in the global economy and especially in Peru.

After recalling that it is the last conference call in which he participates as CEO of Credicorp, Bayly specified that the future of the organization must consider three key issues.

In the first place, that prudent macroeconomic policies are maintained in the countries where the group operates and secondly, to focus on the group’s various digital initiatives, as their success will allow the consolidation of the relationship with customers.

Finally, he considered that it is vital to continue articulating ESG initiatives at Credicorp.

In turn, the chairman of the Credicorp board, Luis Romero, thanked Bayly and Álvaro Correa, CEO and deputy CEO of the holding company respectively, for the remarkable work carried out in the organization for more than two decades.

He recalled that executives will leave their positions next December. “Walter and Álvaro are leaders who have inspired our teams, transformed our business and promoted Credicorp’s success in challenging contexts,” said Romero.

Likewise, he expressed his absolute confidence that Gianfranco Ferrari, who will take over as CEO of the holding since January 2022, will successfully lead the corporation. “Gianfranco is an inspiring leader who motivates our intentions to have a team that increasingly exceeds its limits. We are very happy to have him as the next CEO of Credicorp ”, he noted.