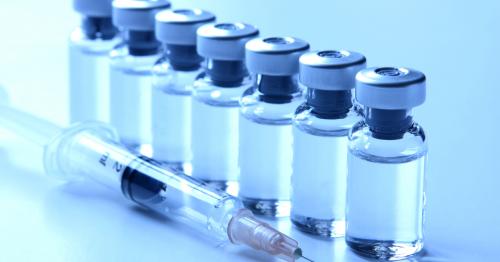 Corona Vaccine: The United States, which is leading the world in corona vaccination programs, has now begun human testing of another corona vaccine. The new vaccine, developed by the US military, is said to provide complete protection against the new strain of corona as well as other strains.

Military doctors administered the vaccine to 72 volunteers at the Walter Reed Army Institute of Research in the United States on Wednesday. The age of these volunteers is between 18 to 55 years. This will ensure that the vaccine is completely safe. If the vaccine succeeds in human testing, it will be on the market by next year, military researchers said.

Studies conducted while developing the vaccine have shown that the vaccine protects against new strains of corona as well as various other strains. Now, if the vaccine succeeds in this test, it will pave the way for giving it to the general public.

As of last Sunday, 32 percent of Americans have been given at least one dose of the corona vaccine, while 19 percent have been fully vaccinated. Therefore, the United States ranks first in the world in terms of corona vaccination.