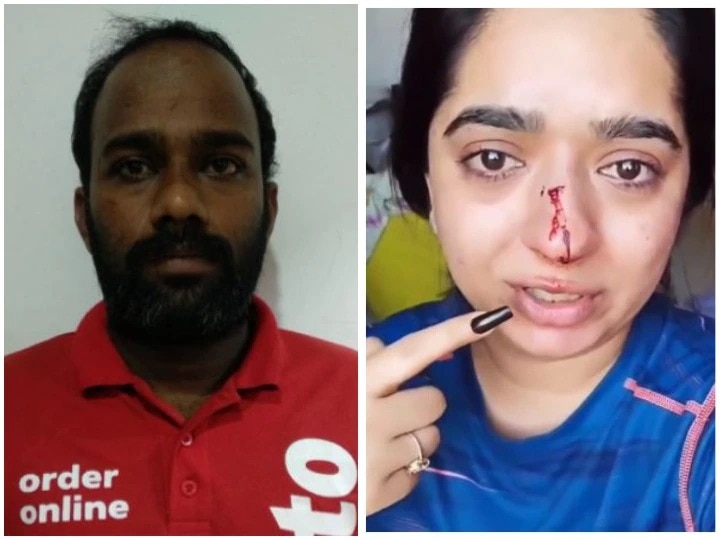 Complaint against a woman accused of beating Zomato Delivery Boy

Bangalore: An employee of the Zomato company, which delivers food online, was recently charged with assaulting a model and makeup artist and was arrested. Now, the case has taken a different turn and an FIR has also been registered against the accused Hitesha Chadrani.

Hitesha Chandrani had alleged that she had beaten up Kamaraj, a delivery boy of Zomato Company. According to the case, Zomato Company and employee Kamaraj were criticized across the country. Later, Kamaraj shared the story of how he is being lied to and how he is being made a scapegoat through a video.

Hitesha Chandrani, now a model and make-up artist, has been booked under sections 355, 504 and 506 of the IPC for assault, insult and intimidation, respectively. Kamaraj has lodged the complaint at the Bangalore City Police Station.

Initially, the Zomato company was criticized in the case, but later Kamaraj tried to tell the truth. Bollywood actress Parineeti Chopra has come out in support of him. She had asked Kamaraj through which medium she could help.

The Zomato company had sided with Kamaraj, proving that he was a good employee. Kamaraj then refuted the allegations against him through a video. The woman concerned had alleged that she started beating him just because it was time to deliver the food.