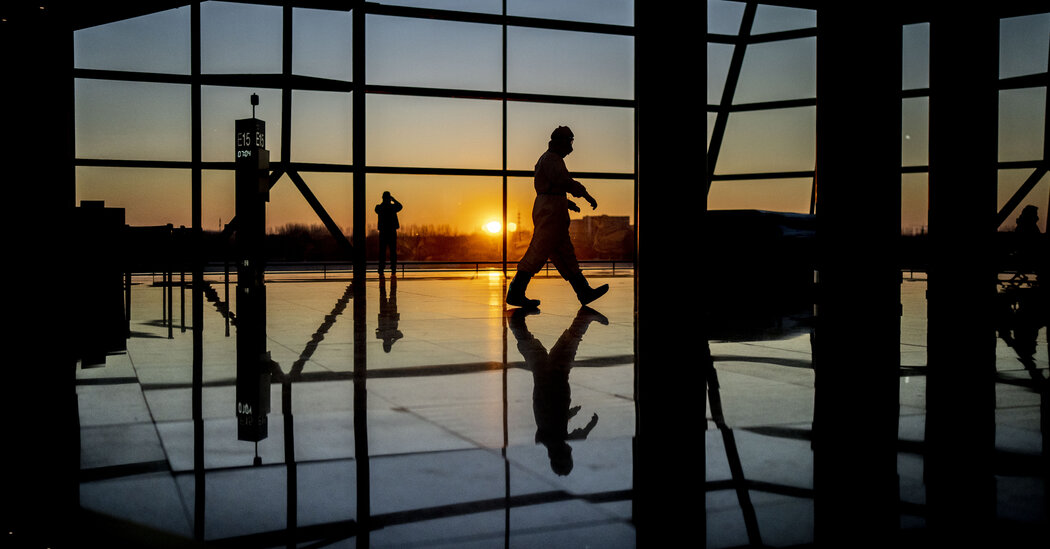 Companies stay in China despite political risks and travel limits

BEIJING — US companies are worried about coronavirus restrictions, regulatory issues and trade tensions with China, but have so far been cautious about moving production elsewhere, new data shows.

American companies in China are now as concerned about bilateral relations between the United States and China as President Donald J. At the height of Trump’s trade war. A brief “Biden bump” in the sense that relations seemed like an improvement after President Biden’s inauguration a year ago has disappeared, Room found.

According to the survey, three-quarters of US companies are having trouble running their operations in China because of China’s strict measures to prevent the spread of the coronavirus. China has halted almost all international flights, sharply cut business visas, nearly halted dependent visas and mandated a three-week quarantine for foreign arrivals in sometimes-critical facilities, with some restrictions.

But those difficulties haven’t translated into any rush to get out. The exact same proportion of Chamber members, 83 percent, have said in each of the last three annual surveys that they have no plans to move operations to other countries.

One exception appears to be the tech sector, which is heavily dependent on China as the world’s leading electronics manufacturer. Some companies are awarding more contracts to factories elsewhere, and sometimes building new ones, even though they are mainly dependent on China.

“They are double investing in other parts of the world to manage risk and uncertainty,” said American Chamber President Alan Beebe. The group’s survey was conducted late last autumn, long before the Russian invasion of Ukraine.

Instrumental, a US company that provides remote monitoring of assembly lines to a wide range of electronics companies, has seen a sharp decline in the share of new electronics manufacturing contracts awarded by multinationals to Chinese factories over the past two years. These factories received 46 percent of new contracts last year, compared to 66 percent in 2019, before the pandemic began, said Anna-Katrina Shedletsky, founder and chief executive officer of Instrumental.

The main winners have been Taiwan and Southeast Asian nations, as companies become increasingly concerned that coronavirus travel restrictions are preventing them from seeing firsthand what is happening on factory floors in China, she said. He said factories in North America, particularly Mexico, have won some contracts, but the change is not large enough to be statistically significant.