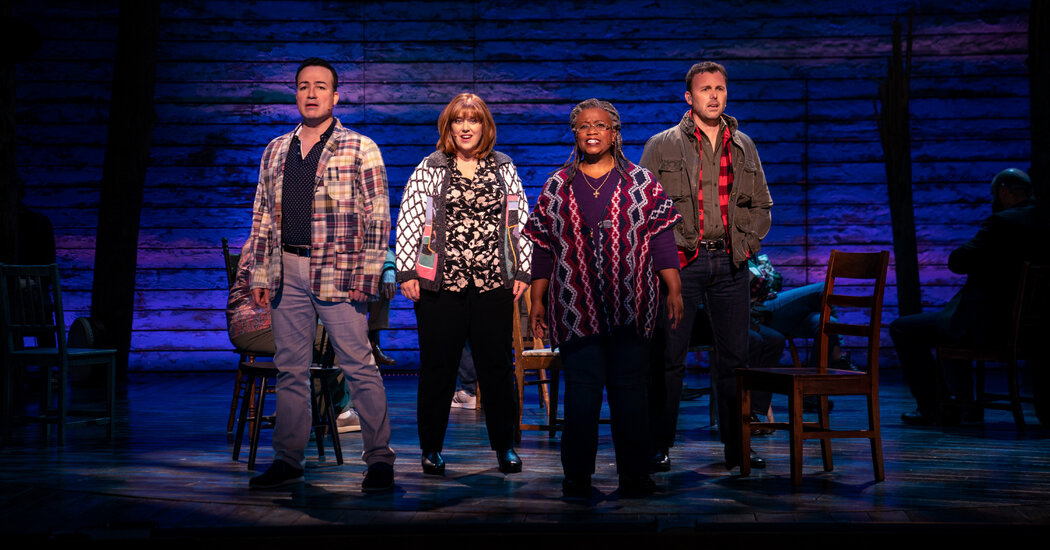 ‘Come From Away’ Review: Looking for Light in Somber Times

It’s almost impossible to hate the capture of the Broadway musical “Come From Away,” now streaming on Apple TV+. Unless, of course, you hate traditional Irish music and nice people.

The first enters the score, a tribute to the cultural heritage of Newfoundland where the show is set – and where the second finds itself. The ensemble, many of the original Broadway cast, deftly toggles between portraying passengers boarding planes at Gander Airport on September 11, 2001, and kindly Canadians welcoming them to their isolated province on the Atlantic coast.

Composed by the Canadian team of Irene Sankoff and David Hein and inspired by real people, “Come From Away” describes the surreal days experienced by stranded visitors and their hosts, in a series of vignettes. Both were taken aback by the situation and somewhat at odds with each other, yet they made the most of the situation in a display of tolerance and human decency.

You have to be green and hate Christmas to wish you were sick on this story. Plus, the show doesn’t evoke any sort of sentimental sentiment: It’s…

Certainly, this Apple release contains a dual spirit: It coincides with the 20th anniversary of 9/11, and was filmed in front of an invited audience at the Gerald Schoenfeld Theater back in May, when all other Broadway theaters closed. are . Christopher Ashley, whose work on the stage version earned him the 2017 Tony Award for Best Direction of a Musical, acquitted himself well into the transition of the video. But the temperature of this amiable production never rises above lukewarm: Good feelings are, unfortunately, difficult to dramatize, an issue complicated by a score that can feel like aural wallpaper.

The best songs, which rely less on Celtic clichés, surface towards the end, including the belted ballad “Me and the Sky” by Jane Colella and the rousing number “Somewhere in the Middle”. It’s a nice send-up to people we think we’ve gotten to know at least a little bit.