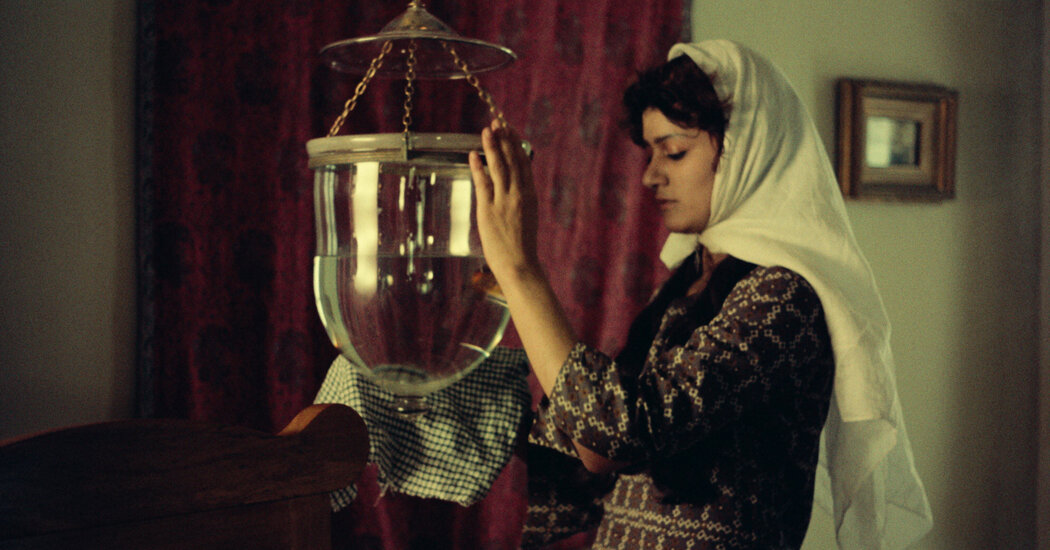 ‘Chess of the Wind’ review: The remnants of what used to be an Iran

This 1976 film comes to New York with a perfect restoration narrative. “Chess of the Wind” was created in Iran and performed only briefly before being banned in the tense period leading up to the Islamic Revolution. Supposedly lost, the film’s negative turns into a junk shop years later. Reputed cine-loving organizations stepped in to make it internationally accessible.

Glad to report that the original film, directed by Mohammad Raza Aslani (who has mostly featured in documentaries since his trouble with “Chess”), has much more than a rediscovery of it.

Set on a recreational estate in Tehran in the early 20th century, “Chess” is a feverish melodrama expressed in a poetically measured style. Its opening scenes are enigmatic. A young woman using a wheelchair breaks some bottles, which, despite being fit, appear to be. A patriarchal-looking man smokes with allies, then breaks scrolls and rubber stamps in what appears to be shady behavior.

Aslani pulls the threads of the story together with a beautifully dynamic camera that doesn’t immediately release all the suspense present in a scene. Haji Amu (Muhammad Ali Keshawarj), actually considers himself the head of this household. But Aghdas (Fakhri Khorvash), a sick woman, mourns her dead mother, does not accept Haji as her stepfather, let alone the owner of the property. While making plans with his double-behaved maidservant (Shohare Aghadashlu), Aghdas decides to capture her.

It is easy to see why the repressive theocracy in Iran abandoned this film. The intimacy of lesbian romance, sure. But at the same time, the lying Aslani (featuring different suitors, secret lovers, and more outlandish components) is charming, at times seductive. To call this film a new found masterwork would be to oversell it. But “Chase of the Wind” is certainly a notable example of the tension in Iranian cinema that the Ayatollah ensured he was knelt on when he took office in 1979.

See also  'Spencer' review: Prisoners of the House of Windsor