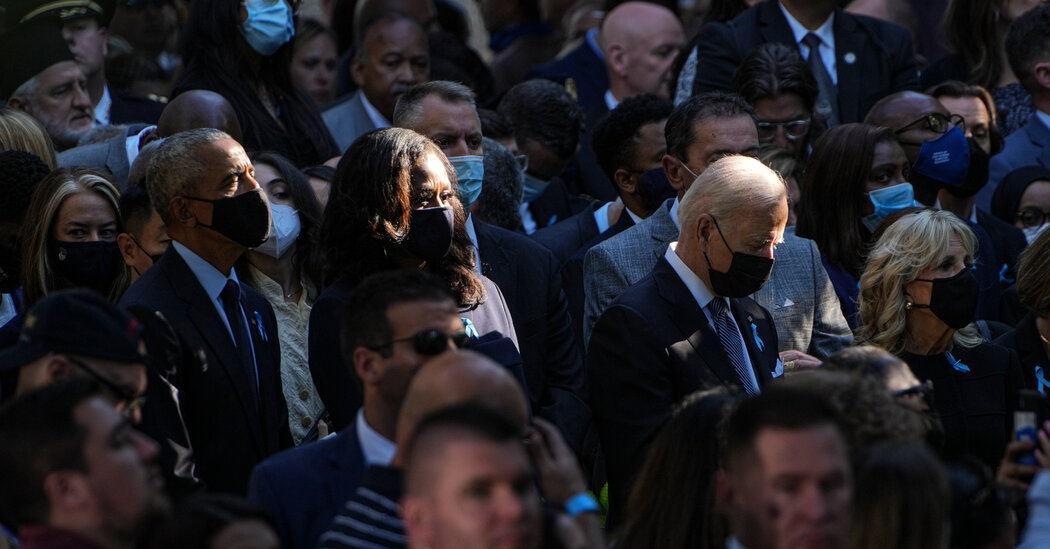 Instead, during various stops at all three memorial sites — Lower Manhattan, Shanksville and the Pentagon — members of the Biden administration tried to offer a clear view of what unfolded that day, as well as on Americans. Shaped the toll to be incurred.

Vice President Kamala Harris said in remarks near Shanksville that the tragedy of the attacks had shown “how fear can be used to sow division,” and stressed that America’s diversity was its greatest asset.

“If we work hard to work together as Americans, if we remain united in purpose,” she said, “we will be prepared for all that lies ahead.”

Ms Harris encouraged Americans to remember their sacrifices, remembering the 40 passengers and crew members who fought back.

Those who have known Mr Biden for decades, who was a Delaware senator and chairman of the Senate Foreign Relations Committee at the time of the September 11 attacks, said they saw a parallel between what he said after the attacks. And the language he uses to guide Americans through the coronavirus pandemic.

“People were walking up to him,” said Margaret Aitken, who was the press secretary for Biden when he was a senator. “He was literally stopping people in the street who looked upset and giving this message: ‘We’re going to be okay. We’ll be fine. There’s nothing that needs to come together as a nation.’ But we cannot cross.’”

“It’s in line with what he’s been saying through the pandemic,” she said.