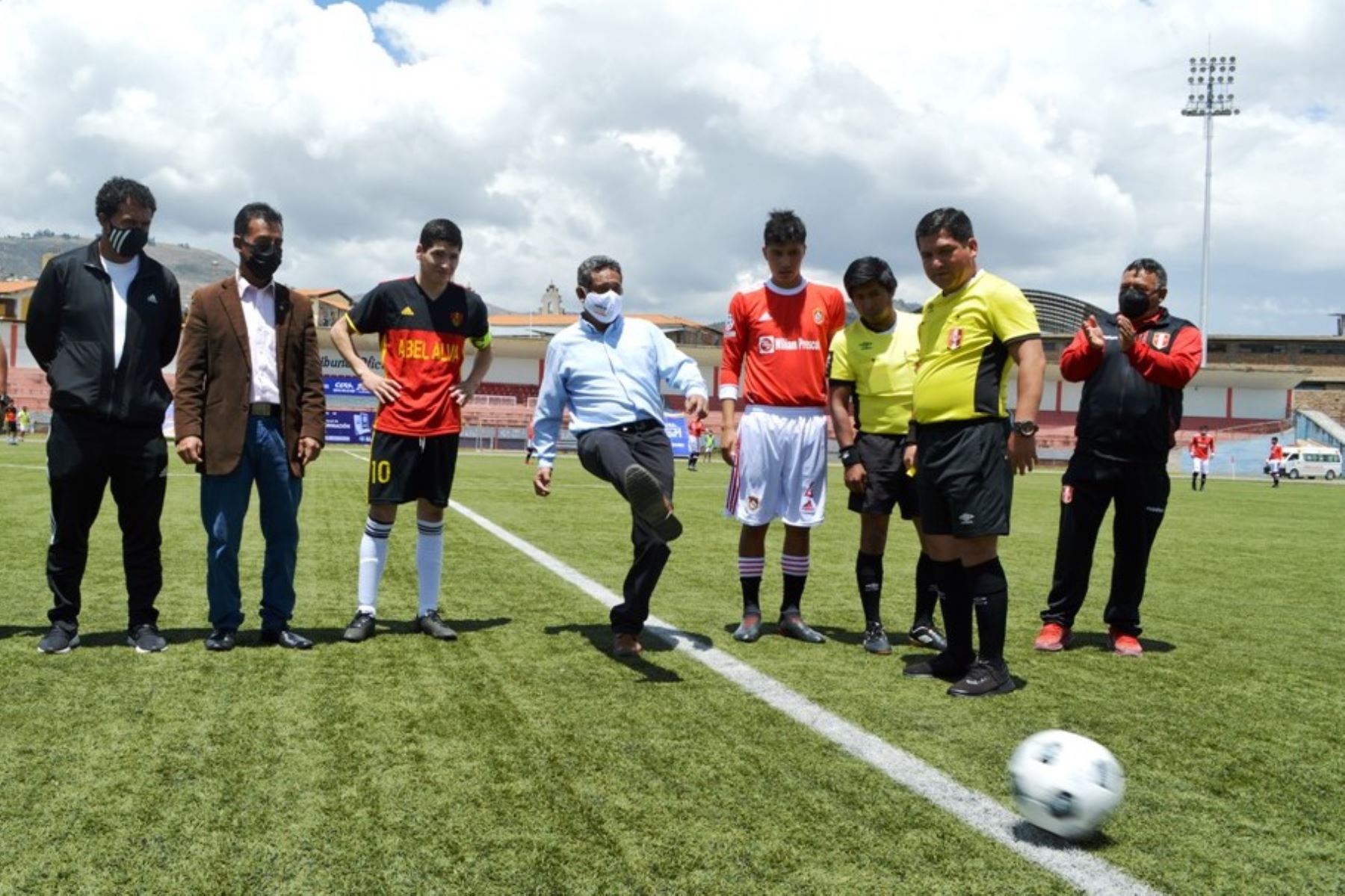 A total of 216 athletes participate in the Bicentennial Cup organized by the Regional Government of Cajamarca and which is held from today until Friday 12 at the Héroes de San Ramón stadium in this city, as part of the reactivation of sport and fellowship between the provinces Cajamarquinas.

The tournament started this morning complying with strict sanitary protocols to avoid contagion of covid-19.

The activity was scheduled for 2020, as part of the Bicentennial project; however, the pandemic prevented its realization.

With a new date for November and already underway, the cup awakens the enthusiasm of young footballers Cajamarca from the sub 16 category who, after a long time, return to a sports arena to compete representing their provinces.

When opening the tournament, Governor Mesías Guevara Amasifuén called on athletes to always be the best, good citizens and good children, because that is what our region and the country demands today: “Count on us, a helping hand to generate democratic, sports and cultural spaces.”

“You are leaders in soccer and you will also be leaders in your community, you are references of children who will yearn to be like you and to be in Cajamarca representing their provinces. Because, lead a correct life, be good citizens and never forget the study because there are great athletes who have been and are great professionals, “he said.

Behind closed doors, but in networks

Guevara stressed that young people are present in Cajamarca and Peru, and have the challenge of taking a comprehensive training with principles and values, practicing the sport to become good citizens, for the pride not only of their families but also of their provinces.

In compliance with health regulations, the Bicentennial Cup – which has the support of the Peruvian Sports Institute (IPD) Cajamarca – it is played behind closed doors; however, the public can watch the matches through the digital channel of the regional government of Cajamarca and social networks.

At the end of the tournament, medals and trophies will be awarded to the best goalkeeper, the scorer, the best player, the fair play team and the best fan who interacted in the transmission of the matches via social networks.

The regional government coordinated with the Peruvian Soccer Federation (FPF) the presence of the director of the Technical Unit for Minors, Ernesto Arakaki, to observe the boys who compete and have the possibility of being captured to be part of the minor divisions of the national team.

The UTC club, with the head of the technical unit for minors Edwin Arévalo, was also added to the observation of footballers, in search of talents for the minor divisions of the Cajamarca club that participates in League 1.

In addition, as part of the revival of sport, The regional government will organize on December 12 the half marathon of the city of Cajamarca, in a circuit of 21 kilometers, and hopes to summon the best athletes in the country.

Alianza Lima resumed its training after almost a week suspended by the covid-19 outbreak that affected thirteen members of the first team https://t.co/uZgLQZeIoh pic.twitter.com/cvVI8AI9nv