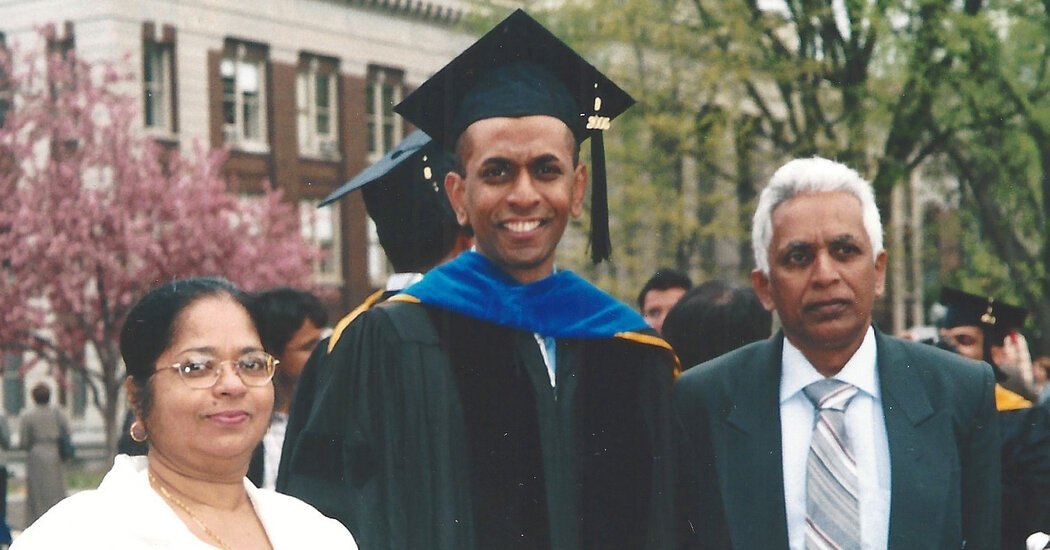 Austin Police Chief Joseph Chacon said Officer Christiana has been placed on paid administrative duty. Officer Taylor is on leave without pay in connection with the murder of Mr Ramos, he said.

“APD respects the role of the Grand Jury in the criminal justice process and will continue to cooperate with the District Attorney’s Office on this case,” Chief Chacon said in a statement after the officers were presumed innocent.

Lawyers for Mr DeSilva’s father, Denzil DeSilva, said the charges would begin to help him recover.

“Due to the excessive force used by officers of the Austin Police Department, Denzil lost a beloved son, and the world lost a brilliant scientist and researcher,” the father’s lawyers said in a statement.

According to the father’s suit, Mr. D’Silva grew up in Sri Lanka and earned a doctorate in biomedical engineering. According to the lawsuit, during the last years of his life he also suffered from “increasingly severe mental illness” of which Austin police were aware.

In February 2015, Mr. DeSilva grabbed a knife and threatened to hurt himself, and Austin police responded, taking him to the hospital. In May 2019, he required the intervention of an “emotionally disturbed person” by police, and on July 7, 2019, he was committed to emergency detention, according to the trial, weeks before he was fatally shot Was.