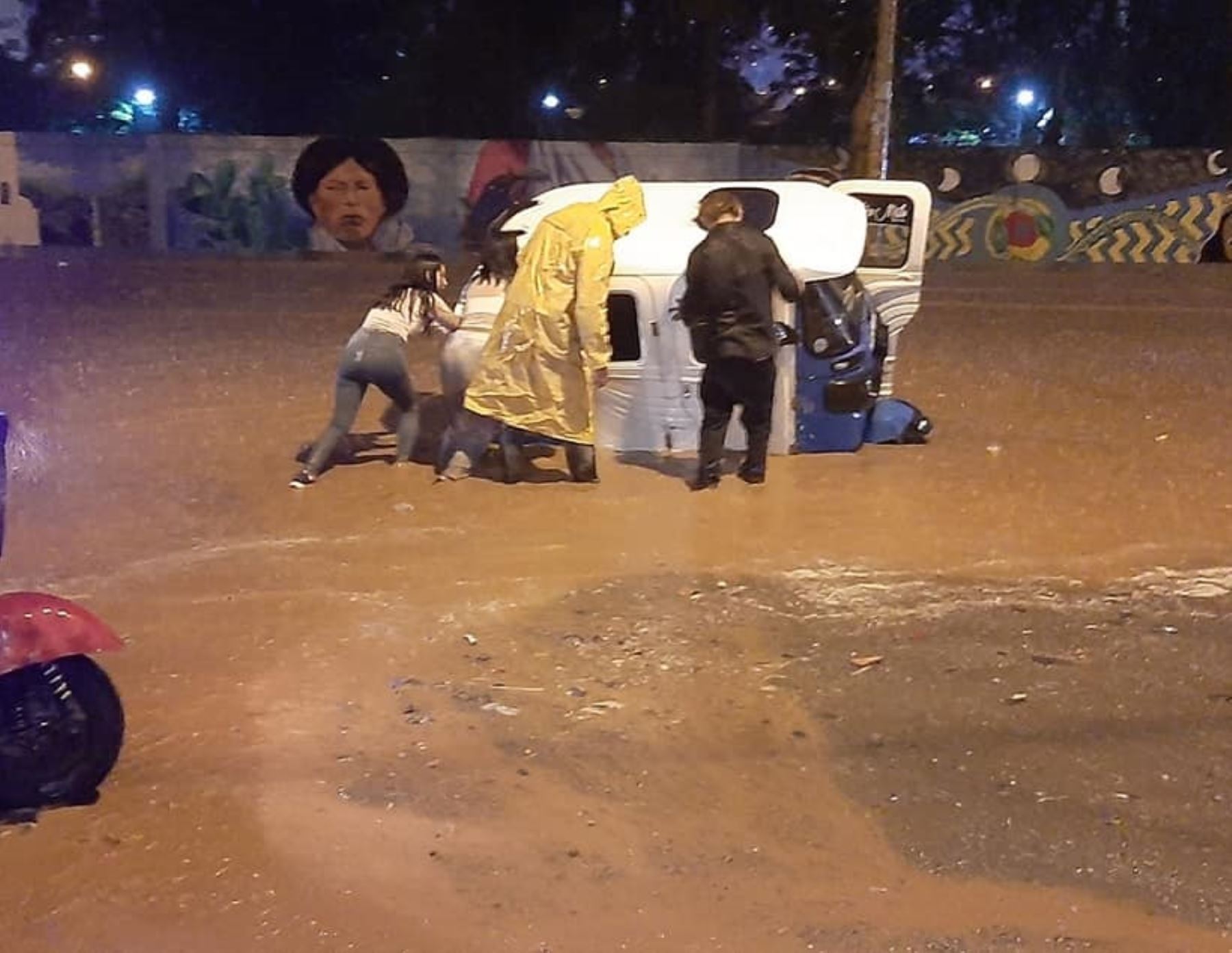 At least 60 homes and the Hermilio Valdizán hospital were affected by the heavy rains that occurred last night in the Huánuco province, the Huánuco Regional Emergency Operations Center (COER) reported today.

The heavy rainfall, which occurred in the districts of Huánuco, Amarilis, Pillco Marca and Churubamba, in the Huánuco province and region, also affected 1,000 meters of streets and the city’s sewerage network.

The COER detailed that 20 affected homes were reported between the sectors of Aparicio Pomares and Las Moras, in the district of Huánuco.

In Amarilis, around 25 houses show damage due to the rains in sectors 3 and 4 of San Luis, as well as in streets and avenues of this district. Finally, in Pillco Marca, 15 affected homes were reported.

In this regard, the National Institute of Civil Defense (Indeci) reported that the competent authorities initiated response actions after the reported emergencies.

He added that COER Huánuco indicated that workers from the Disaster Risk Management offices of the municipalities of those jurisdictions continue to carry out the Damage Assessment and Needs Analysis (EDAN).

Faced with this situation, personnel from the Hermilio Valdizán hospital carry out the cleaning and extraction of water from the affected areas, while members of the Special Forces Command Battalion No. 201 of the Peruvian Army are in charge of cleaning tasks in the streets of the Amarilis district.

Indeci recalled that heavy rains were recorded in accordance with what was announced in meteorological notice No. 207 and in the respective press release No. 632 – 2021, prepared by the National Meteorology and Hydrology Service (Senamhi) and COEN respectively, in which reported the occurrence of rainfall in the central highlands.

They present proposals to help close gaps in health, education, employment and infrastructure in the Cajamarca region.