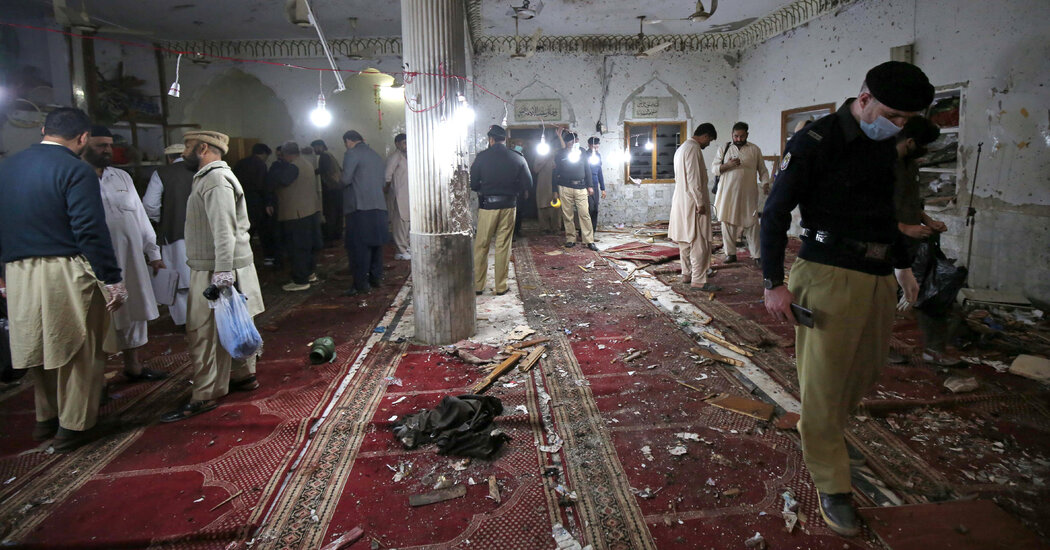 At least 57 killed in Pakistan after mosque attack

Peshawar, Pakistan – At least 57 people were killed and more than 100 injured on Friday in an explosion at a Shia mosque in northwestern Pakistan’s Peshawar, according to police and doctors at the city’s main hospital.

Police officers said they were still stitching together what happened, but at least one gunman on a motorcycle killed two police guards and detonated a suicide jacket before entering the mosque. Was.

The attack was the deadliest in years to strike Peshawar, a city of about two million people near Pakistan’s border with Afghanistan. In 2014, nine Taliban gunmen killed more than 140 people at the Army Public School and Degree College there.

Mr Khan said it appeared there were two attackers, both of whom were wearing explosives and detonated them. “We have obtained the CCTV footage and it will be examined closely,” he said.

Residents of the area said they heard a massive explosion at the main mosque of Kocha Risaldar, a largely Shia neighborhood of the city.

Police cordoned off the mosque, while rescue workers took the dead and injured to the main hospital, Lady Reading.

A spokesman for the hospital, Muhammad Asim Khan, said 10 of them were “in very serious condition.”

No group has yet claimed responsibility for the blast, but Pakistani intelligence officials said on Friday that the attack was most likely carried out by Islamic State Khorasan, or ISIS-K, an Islamic State affiliate in the region.

The Islamic State Khorasan announced its formation in eastern Afghanistan in 2015 and was initially led by former members of the Pakistani Taliban. Last fall, the Islamic State group detonated high-profile bombings on two Shiite mosques in Afghanistan, killing and injuring dozens.

Intelligence officials said the Afghan Taliban launched several operations against the group after coming to power in August, possibly prompting its fighters to move their operations to Pakistan.

ismail khan reported from Peshawar, and salman masood from Islamabad.