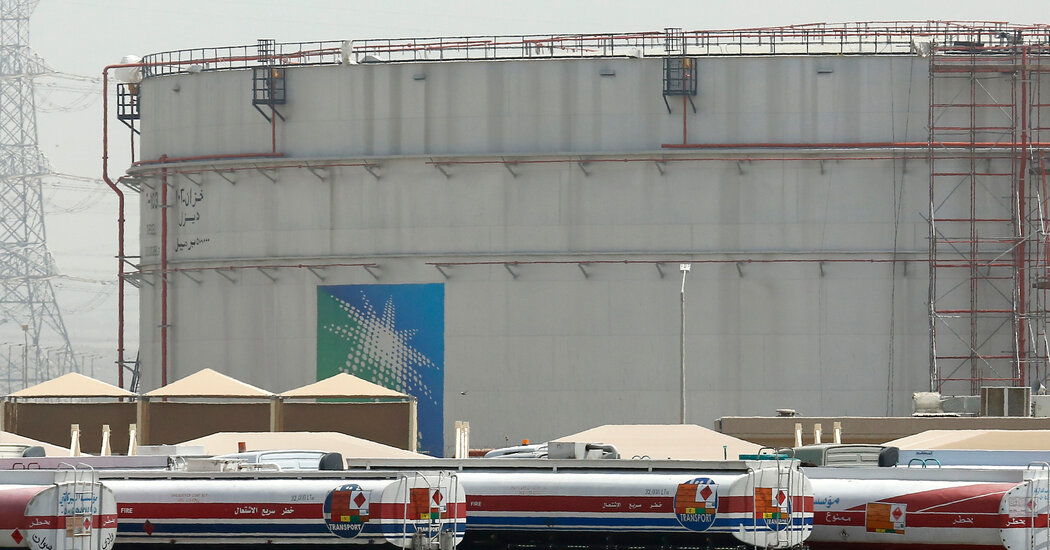 As oil rises, OPEC and its allies unlikely to give relief

With the price of a barrel of oil rising, the grouping known as OPEC Plus declined to take steps to cool the market at its monthly meeting on Wednesday.

In a statement that sums up the real merits of rising prices in recent weeks, the group, which includes Russia, said current fundamentals and the outlook for the future pointed to “a well-balanced market”.

It blamed “instability” on “geopolitical developments” – in other words, Russia’s attacks in Ukraine. The statement did not mention the fact that Russian Deputy Prime Minister Alexander Novak is the co-chair of OPEC Plus.

The cartel said it would continue a program it had agreed to in July by rubber-stamping on a modest 400,000-barrel-day production increase for April. An increase of this size is widely considered by analysts to be insufficient to cool prices. In addition, many OPEC Plus member countries are producing oil in quantities far below the group’s target.

After the meeting, which was organized by teleconference, prices jumped again. Brent crude rose to around $114 a barrel, the highest since 2014. West Texas Intermediate rose to a 10-year high of $112.50 a barrel.

No one has any idea what OPEC Plus members will actually deliver to the market in the coming weeks.

Russia produces one in 10 barrels of the world. But analysts say Russian crude is struggling to find buyers, as buyers and shippers, worried about being caught in Western sanctions against Moscow, despite a huge 20 percent discount, look for oil elsewhere. According to Energy Aspects, a research firm, about 70 percent of Russian traded crude is being affected.

“Most European majors are not touching Russian oil, and only a few European refiners and trading firms are still on the market,” the firm said in a note to clients. Freight and insurance premiums have also risen to deal with Russian oil.

Even before Russia’s invasion of Ukraine, OPEC Plus was producing well below its target. The International Energy Agency, a Paris-based group that works to shape energy policy around the world, estimated that OPEC Plus fell by about 900,000 barrels a day in January.

OPEC’s de facto leader, Saudi Arabia, is likely to have some concern about a disorderly rise in oil prices. Apparently matters have not reached the point where the Saudis and some of their allies, such as the United Arab Emirates, may act unilaterally and put more oil on the market than their share of the oil market.

Furthermore, the Saudis, say analysts, may also be content to let geopolitics take the heat for a rise in oil prices and keep the cash flowing.

Role of crude oil production. Gas prices have risen partly due to fluctuations in supply and demand. Oil demand fell early in the pandemic, so oil-producing countries cut production. But over the past year, demand for oil has recovered faster than production, driving up prices.

Additional factors at play. Crude oil price is only one factor driving up gas prices. Compliance with renewable-fuel standards can contribute to costs, the price of ethanol has increased, and labor shortages in the trucking industry have made it more expensive to deliver gas.

A global energy crisis. Other types of fuel, including natural gas and coal, are also becoming more expensive. Natural gas prices have risen by more than 150 percent in recent months, threatening to increase prices of food, chemicals, plastic goods and heat this winter.

With Mr Novak serving as OPEC Plus co-chair, discussion of the details of the production increase may be awkward at best. OPEC Plus did not hold a news conference after Wednesday’s meeting, perhaps to avoid uncomfortable questions that would have been directed at Novak.

Saudi Arabia’s relations with Russia have long been contentious, but the fall in oil prices in 2014, partly due to rapid production increases in the United States, both rivals, prompted the two petroleum powers to manage production. inspired to cooperate.

Moscow is not a member of OPEC, but joined an alliance with the Saudi-led cartel – OPEC Plus – in 2016. The two fell briefly at the start of the pandemic in 2020, setting off a price war, but quickly settled matters. UP. Riyadh and Moscow largely call the shots in OPEC Plus to the displeasure of some other members.

Mechanisms seem to be in short supply to contain the rise in prices. Instead of cooling the market, prices jumped after the International Energy Agency announced an emergency release of 60 million barrels of oil held on Tuesday.

“We do not view this as substantial relief,” analysts at Goldman Sachs wrote in a note to clients on Tuesday. He added that lower oil consumption due to higher prices – or “demand destruction” – “is likely the only adequate rebalancing mechanism now.”

In other words, further increases in prices are needed to bring the world’s thirst for oil back in line with the available supply.