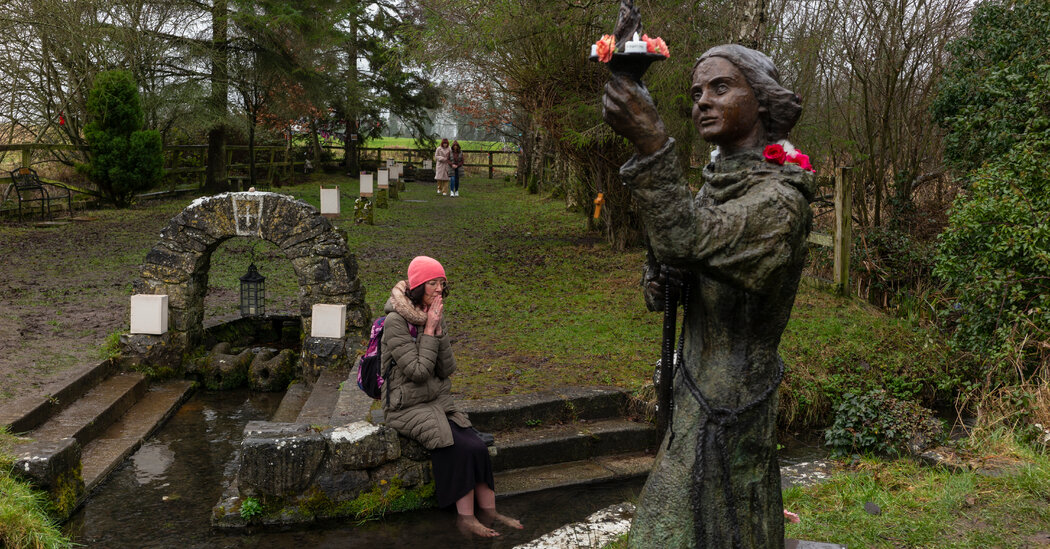 As Ireland’s Church Retreats, the Cult of a Female Saint Thrives

A local committee is planning a big celebration for 2024 to mark the 1,500th anniversary of the saint’s iconic death. And the Irish government announced in January that from next year, there would be a new annual holiday on or near 1 February, to mark both Imbolc and St Brigid’s Day. The government said it would be the first Irish public holiday to honor a woman.

For some Catholic feminists, the renewed interest in Brigid reflects the Second Vatican Council’s liberalization in the 1960s, indicating an end to the subordinate and closed role of women in the Church.

Mary Condren, director of the Trinity College Dublin Center for Gender and Women Studies, said, “Many nuns, like the Brigidines, are heavily involved with ecological and social issues, and they are also exposed to feminist groups around the world.”

While she had heard the name of St. Brigid as a child, Ms. Heblethwaite recently learned that, unusually, Brigid and her female successors governed not only nuns but also male monks. Furthermore, it is believed that Brigid, despite being a woman, was ordained as a bishop.

“She is a model that today’s church so desperately needs because of gender equality issues,” said Ms Heblethwaite.

In many other Christian churches, those issues have already been addressed. The Church of Ireland voted to allow women to become priests in 1990, and in 2013, it appointed its first female bishop. In December of that year, Most Rev. Pat Story became Bishop of Meath and Kildare – possibly the first woman since Brigid to hold such a title.