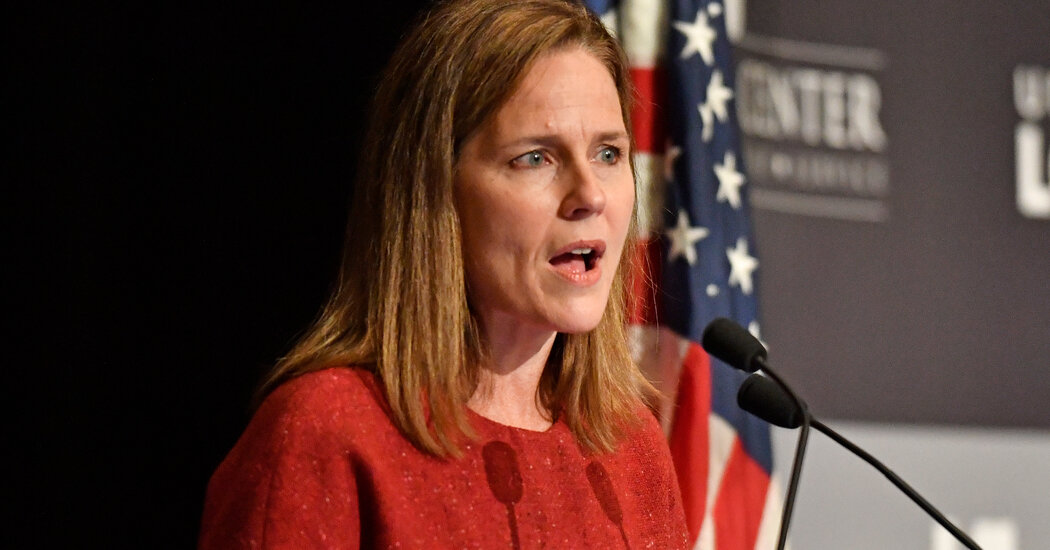 Speaking at the McConnell Center at the University of Louisville in Kentucky, Justice Barrett said that “judicial philosophies are not the same as political parties.”

His remarks came after an introduction by Senator Mitch McConnell, the minority leader, who helped found the center. Just weeks after the death of Justice Ruth Bader Ginsburg and President Donald J. McConnell was instrumental in ensuring the earliest confirmation of Justice Barrett just weeks before Trump lost his bid for re-election.

The court now has six Republican appointees and three Democratic.

Justice Barrett’s remarks, as reported by the Associated Press, were in line with other members of the court who insist that partisan affiliation had nothing to do with their continued division on ideological grounds. For example, Justice Stephen G. Breyer, who was appointed by President Bill Clinton, makes that point in a new book and in interviews promoting it.

Justice Barrett’s comments followed a series of recent rulings — on asylum policy, the federal eviction moratorium and a novel Texas abortion law — in which three court judges who were appointed by Democratic presidents were dissenting.