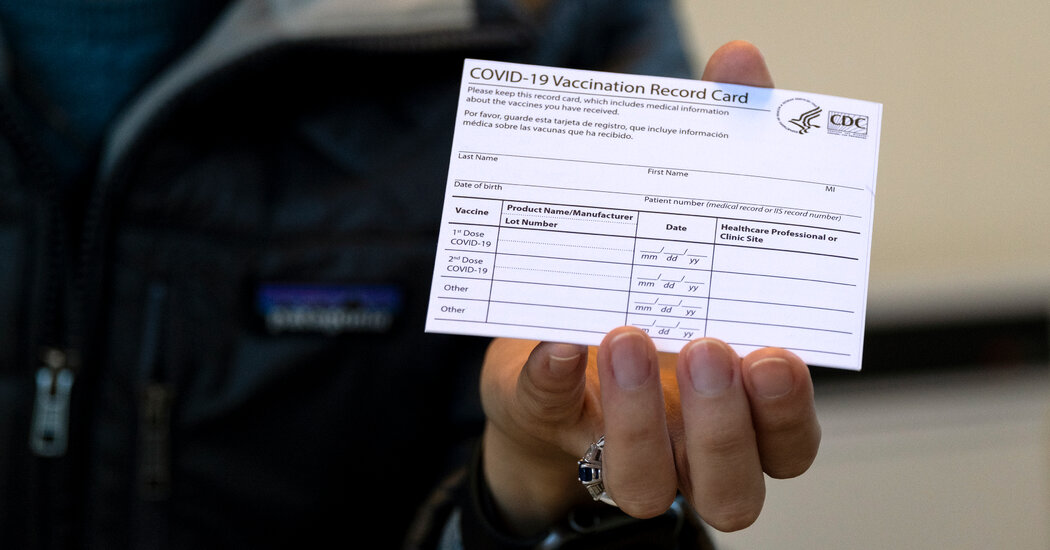 Three Vermont state soldiers accused of being involved in a fake COVID-19 vaccination card scheme have resigned amid a federal investigation, officials said.

Vermont State Police said in a news release Tuesday that the soldiers, Shawn Somers, Raymond Witkowski and David Pfindel, were suspected of having “different roles” in the production of fraudulent coronavirus vaccine cards.

Mr Sommer and Mr Witkowski resigned on August 10, a day after another soldier raised concerns about their conduct with observers, police said. Mr Pfindel resigned on 3 September following an investigation by the state’s Department of Public Security.

The investigation began after other soldiers reported the details of the plan to their supervisors. The details, which were not released, were then “notified to federal law enforcement officials,” police said.

“The allegations in this case involve an extraordinary level of misconduct – a criminal breach of the law – and I couldn’t be more upset and disappointed than this,” Vermont State Police Director Colonel Matthew T Birmingham said in a news release. release.

Vermont Public Safety Commissioner Michael Shirling stated that “as soon as other soldiers learned of the situation, they made allegations internally, and commanders were quick to hold these individuals accountable and report the matter to federal authorities.” and took decisive action.”

State police referred the matter to the FBI and the United States Attorney’s Office in Burlington, VT. A spokesman for the state attorney’s office said the matter had been referred to them, but declined to comment further Wednesday.

State police said that due to an FBI investigation, police were unable to announce details before Tuesday, nearly a month after the first soldiers resigned, and that it would not comment further because of the ongoing federal investigation.

According to the New York Times database, since the start of the pandemic, there have been more than 29,300 cases of the coronavirus and at least 282 deaths in Vermont, with the most recent average being 161 cases per day. In August, Vermont Governor Phil Scott announced that some state workers who work with vulnerable populations would be required to be vaccinated against COVID-19. According to the Times database, at least 68 percent of the state’s population — which includes 77 percent of those 12 years of age and older — have been fully vaccinated.

As businesses and states reopen amid rising cases of the virus, many are requiring vaccination cards as proof that someone has been vaccinated against COVID-19 in the United States. Some people have turned to giving fake evidence instead of getting vaccinated. In March, the Office of the Inspector General of the federal Department of Health and Human Services and the FBI issued a public service announcement to warn the public that selling fake vaccination cards with the government logo on them is a crime.