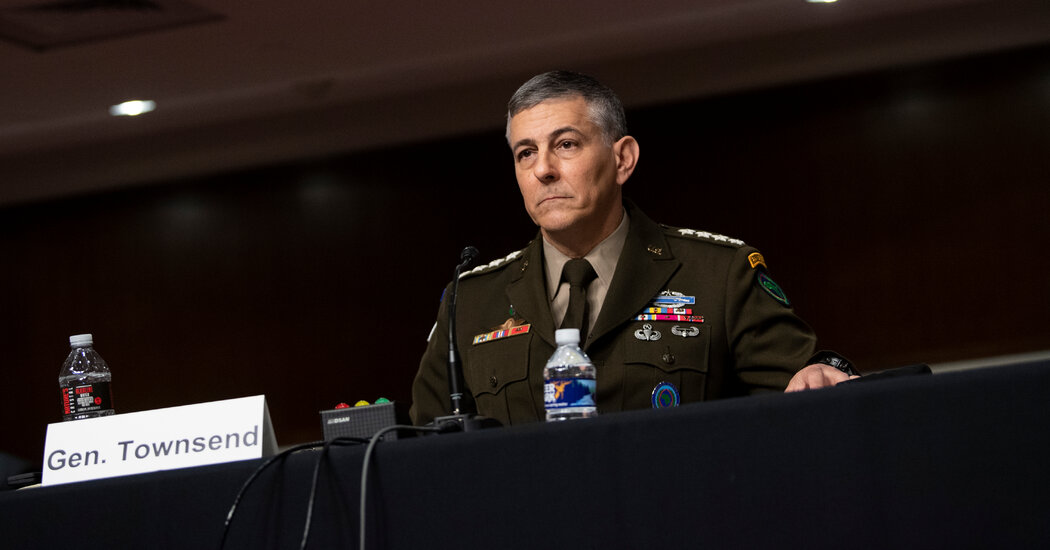 Shabab fighters then fired rockets at an airplane on the tarmac. General Basham said it caught fire, killing the pilots, both American contractors. Dustin Harrison, 47, and Bruce Triplett, 64, were two veteran pilots with L3 Technologies, a Pentagon contractor that helped with surveillance and reconnaissance missions around the world.

During the news briefing on the report, the Pentagon declined to go into detail about whether any senior officials involved had been fired.

Africa Command conducted a preliminary investigation shortly after the attack, but in the final months of the Trump administration the results were locked up at the Pentagon and were never approved or made public.

When the Biden administration took office last January, Defense Secretary Lloyd J. Austin III ordered a review of the Africa Command investigation, to avoid repeating the controversial Defense Department investigation into the 2017 Niger attack. That report found widespread problems at all levels of the military’s counterterrorism operation, but focused specifically on the actions of junior officers, which many family members, lawmakers, and Defense Secretary James N. at that time.

The death of Manda Bay signaled a serious expansion of the Shabab campaign against the United States, which was often confined to Somalia, but in this case spread to Kenya despite a growing US air campaign in the region at the time.

During his last week in office, President Donald J. Trump ordered most of the 700 US troops in Somalia to leave the country, but not the region. Officials said most of the forces were moved to Djibouti or Kenya, including Manda Bay, where security had been improved. The Biden administration is conducting a review to determine whether to send any of those soldiers back to Somalia.